OGAM hits the spot because it gets you where you grew up.  We all have cultural myths and legends and all wargamers became interested it history at some point.  For me it was being read the Greek myths at primary school and reading the Norse sagas (via Tarzan and Jules Verne) as I hit my teens.
Daleks were primary school, the first programme to open my eyes to future possibilities outside of my poor working class near-Victorian rustic environment.

The first stirring of Japanese was when I bought a hand beaten dish featuring an Oni converted to Buddhism at a church jumblesale for 6d.  My mother claimed it was proof of witchcraft in the area.
Seven Samurai next, who remembers Minifigs first Samurai range?

Lesson 1, the first unit placed on the board will be in the wrong place, so choose a fast moving or less important unit.

Lesson 2, use Legends to whittle mortals down, reduce unit to below invocation limit.

Lesson 3, Gods love the big battalions, don't pick the most posy unit, go for numbers. Choose an 8 unit to place last, protect it, cherish it and get those dice to your God. 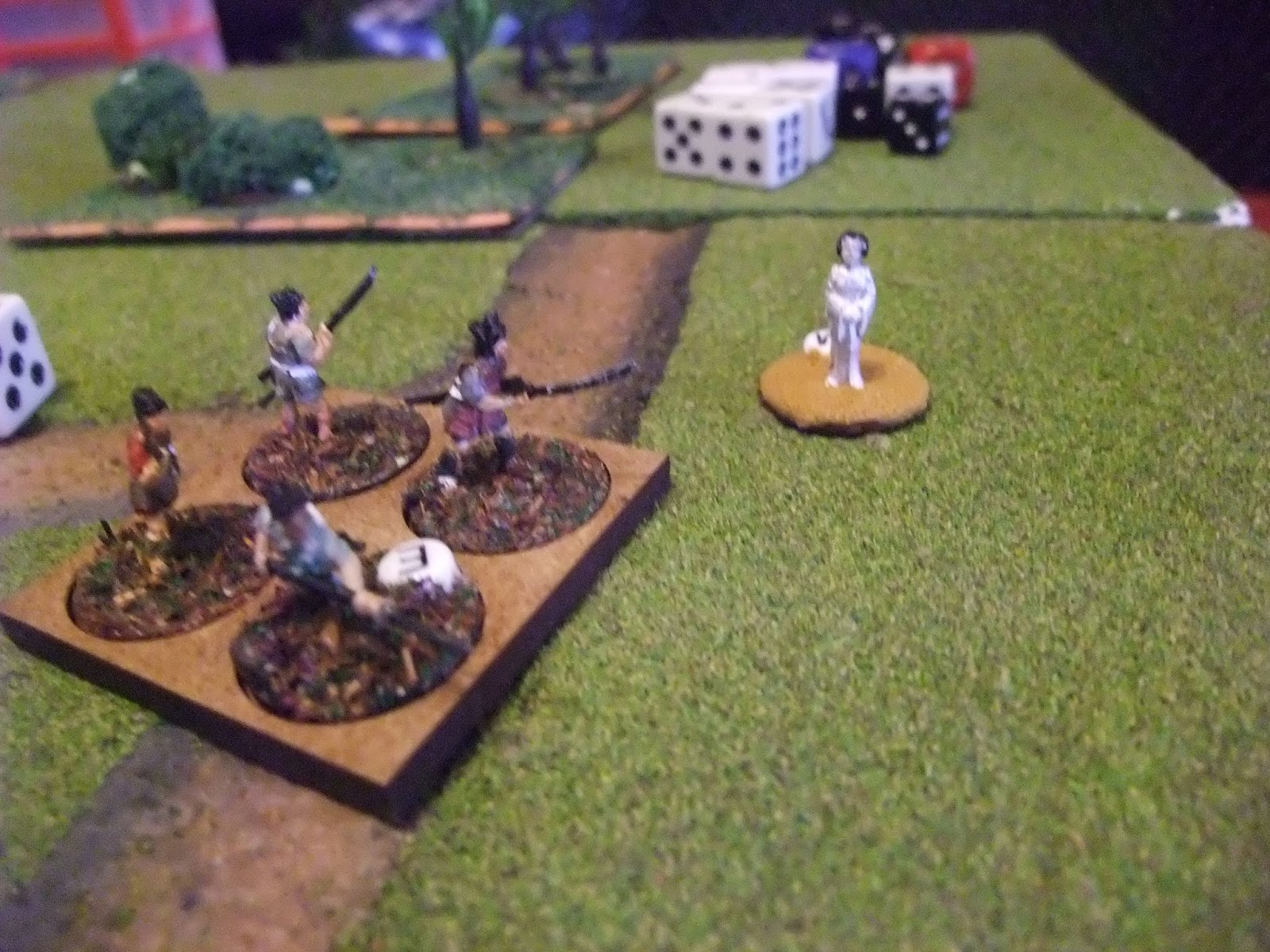 I was Amaterasu and the attacker.

I started by attacking a unit of 8 goblins with 4 followers and a hero. We'd all got into contact but no combat. On the other flank my mounted hero went for Raijin but a Tengu used a reaction to get in the way, shot at but no hit. 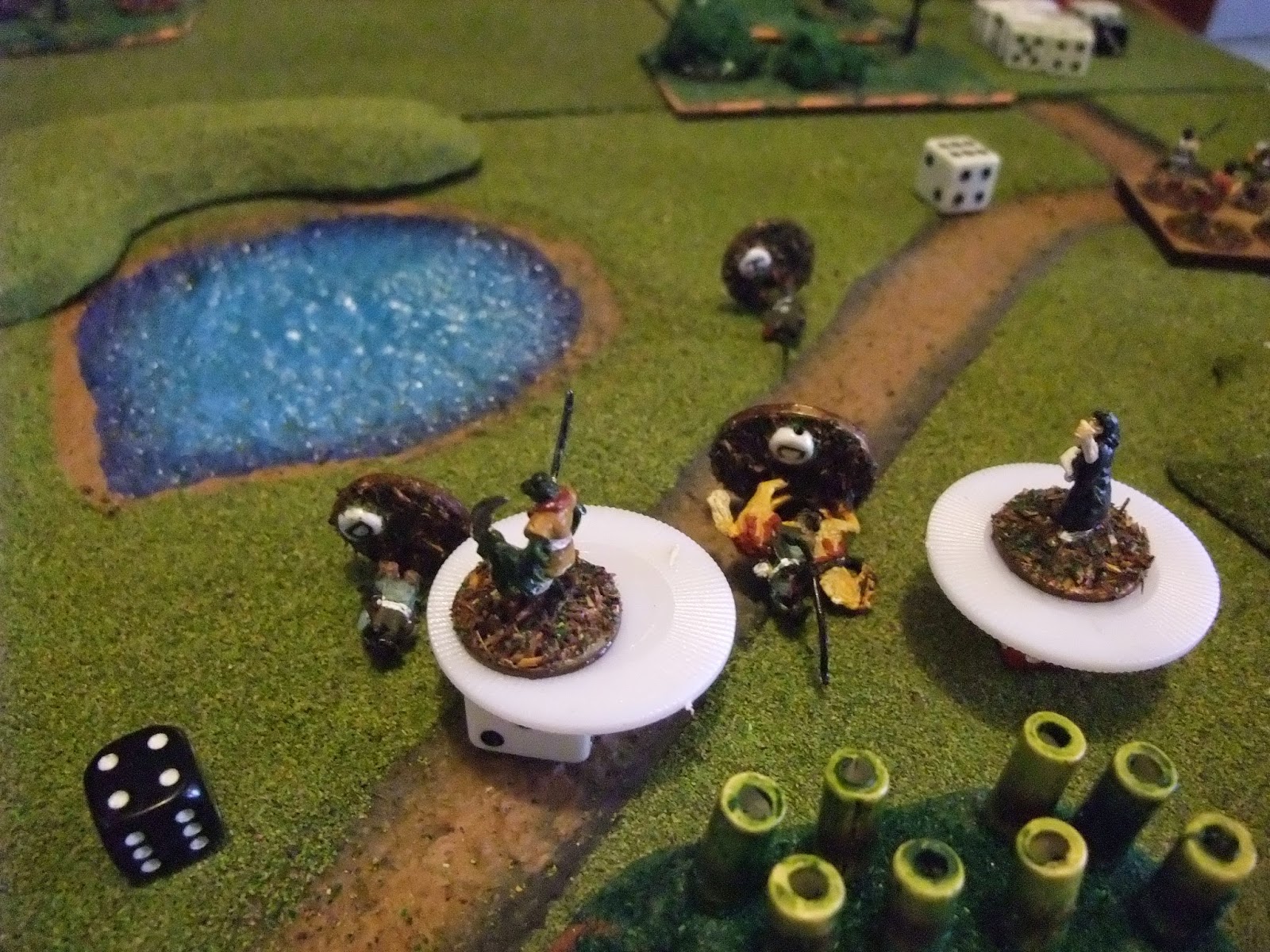 Changeover, Raijin gets a couple of dice from the other large goblin unit. First he lightnings my in-contact hero in the back then drops down on my mounted hero and flattens him. First Tengu goes for my other hero and flattens him, gets pushed back by small archer unit on a reaction.


I'd used reaction to move Amaterasu closer to the goblin unit, 'er and the followers grind them down and push them off the board. Meanwhile I got the large unit in place hoping to kill some Tengu by massed archery. That didn't work.

Number one Tengu grinds follower archers down, then moves onto the large unit repeating the performance. When the archers are down to 1, the Tengu's pushed back. Go figure. 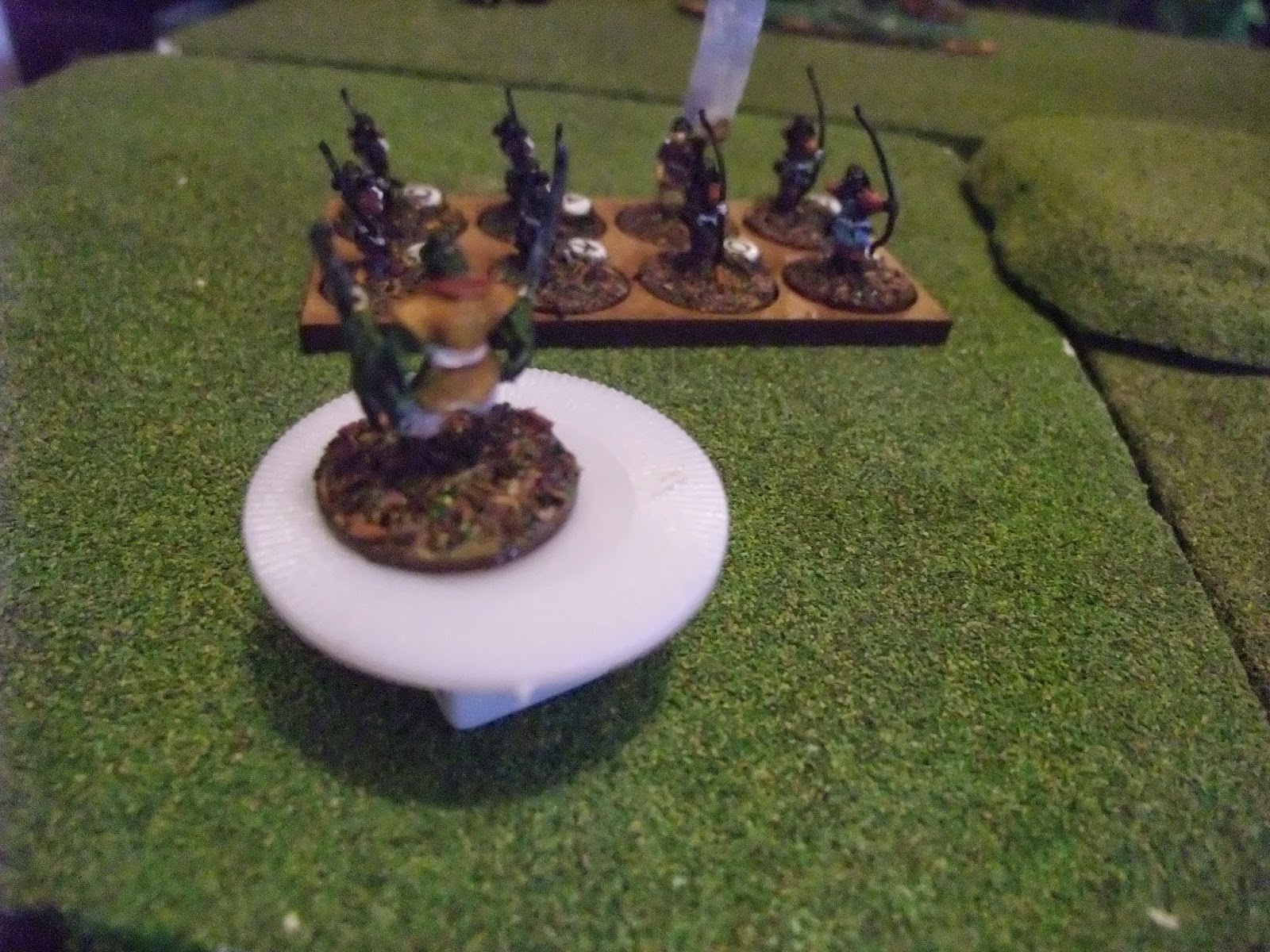 One Tengu did all the work, one threatened flanks and the Dai Tengu never moved. 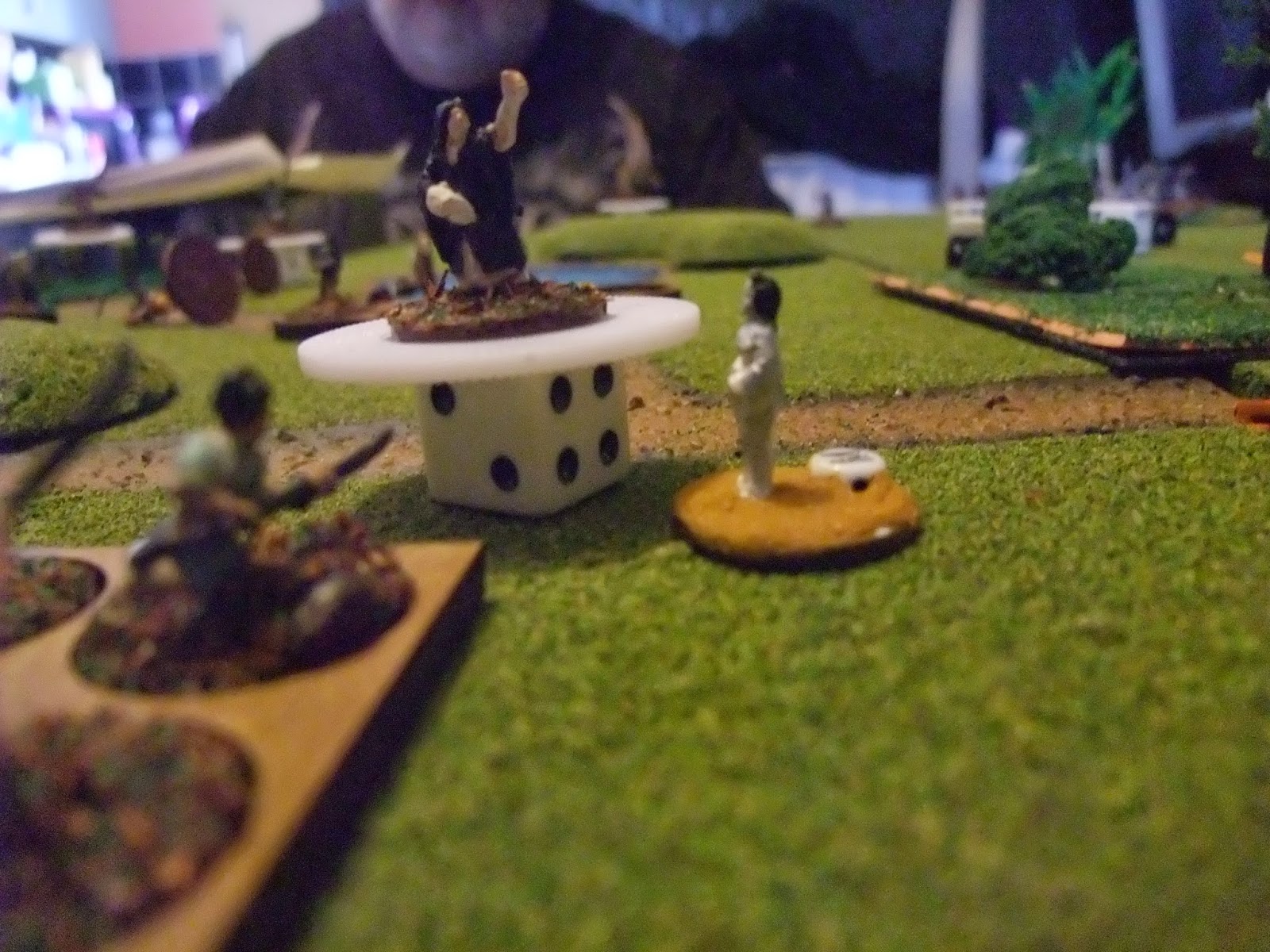 Now the scene was set for the inevitable clash of the gods. No real contest here, pumped up by his tame goblins and able to do a long move Raijin delivers a +2 strong strike and game over.


For our second game we wanted to do the Temple Under Siege scenario from the rules.


The attacking side gets an extra 20% (180) to play with, but the other limitations in place.

Amaterasu  (This is what I'd pre-planned.)

2 more armoured followers makes up the 40. Or swap all non bow followers as Monks @ 19 for a saving of 6. 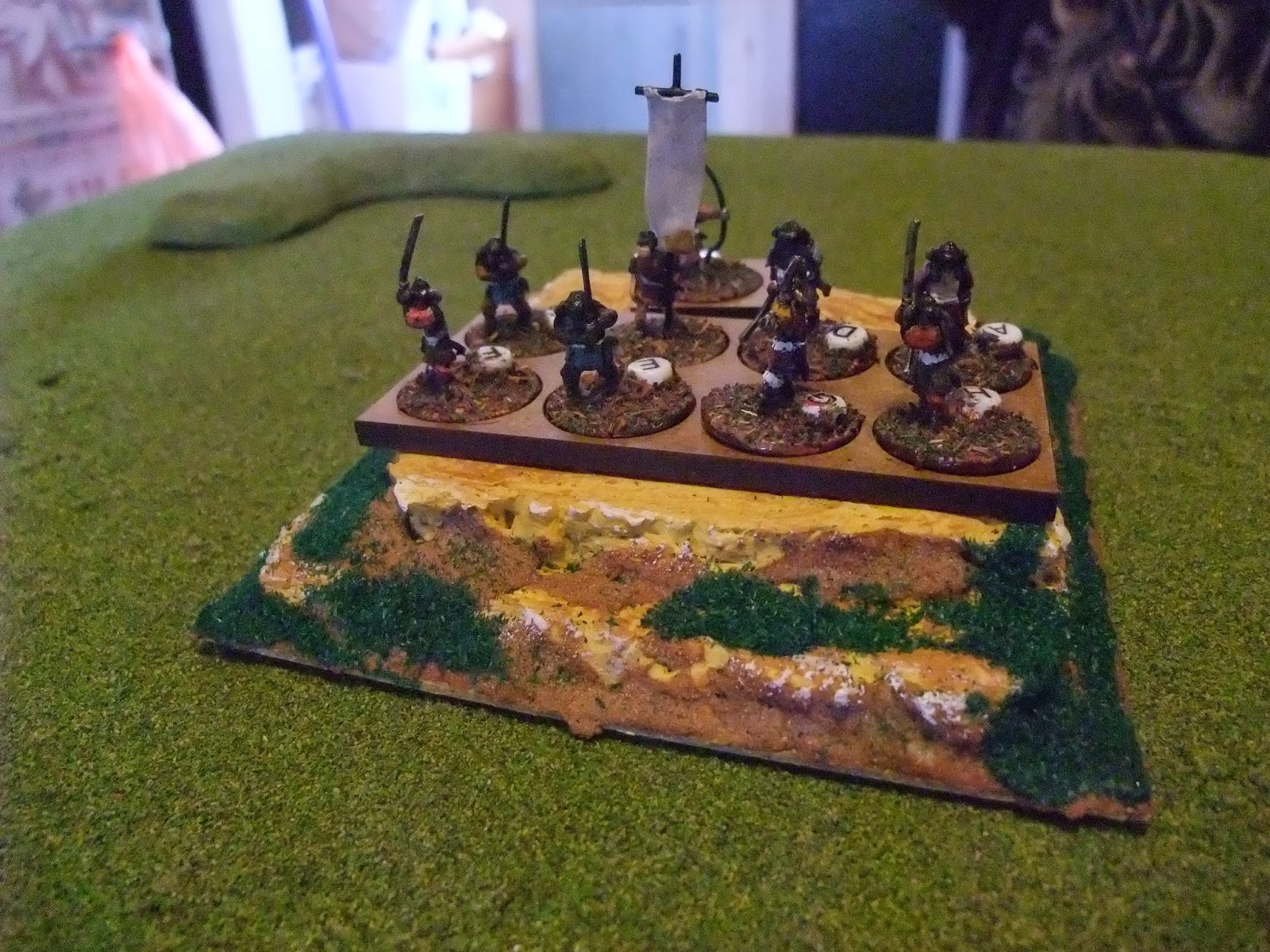 I was defending with Amaterasu, unit of Samurai holding the Temple and a Hero as mobile defence.

A quick turnover and I was able to start bringing on my remaining heroes, one tasked with guarding the peasants and the other two an outer defence of the temple. 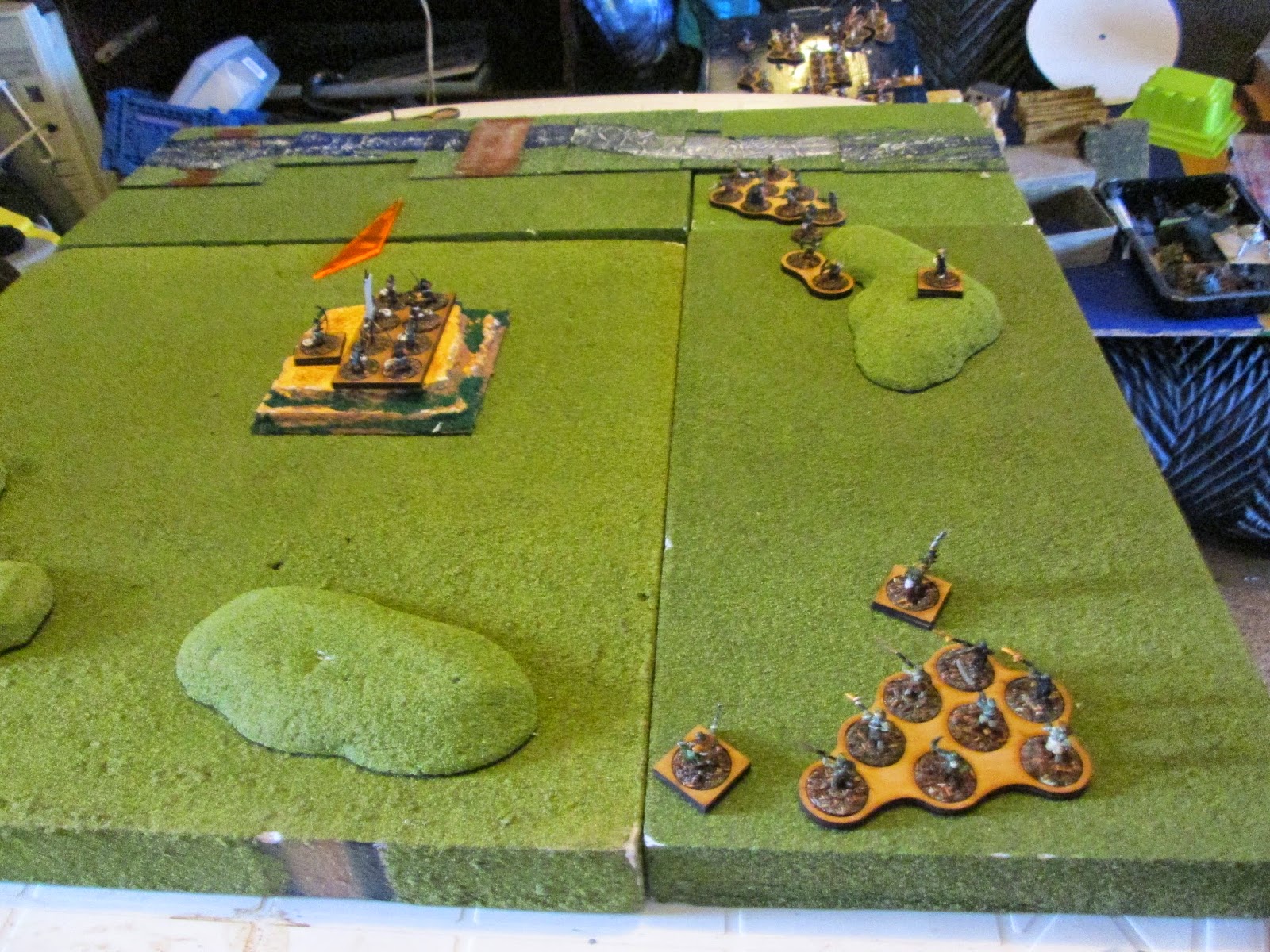 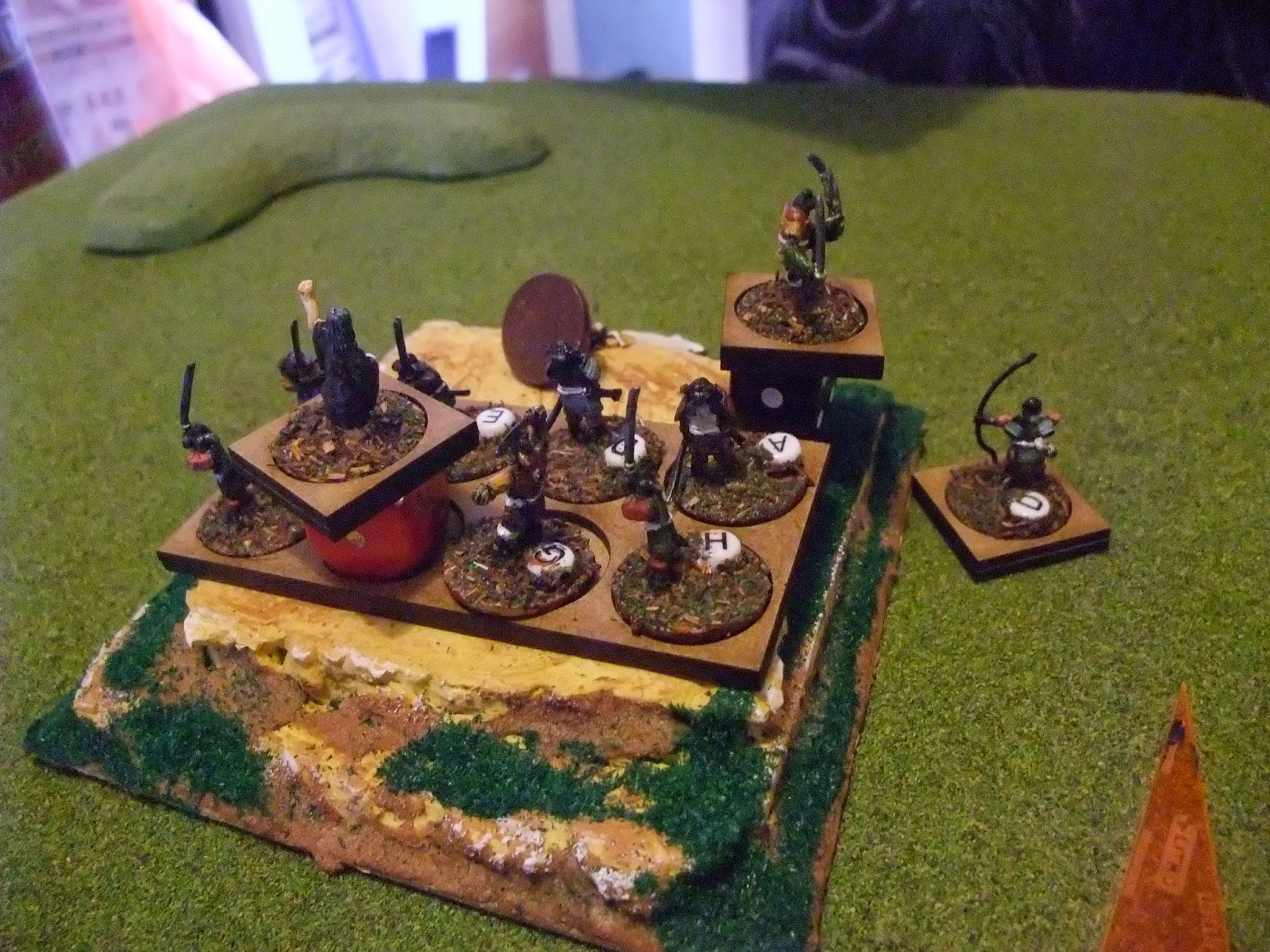 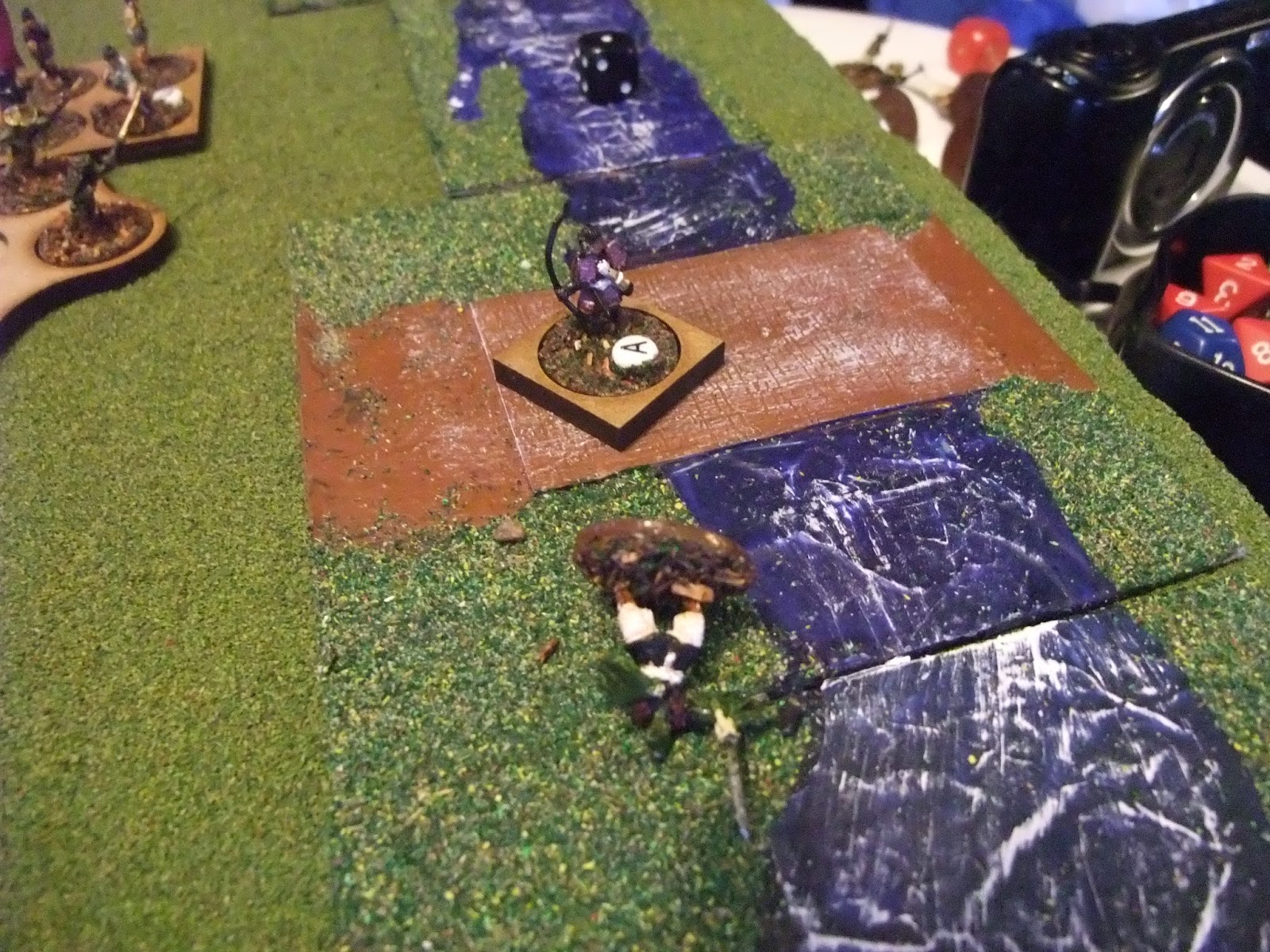 This Samurai took on a goblin unit until releaved by the Followers unit.  He managed to reduce them then take out the Dai Tengu.

He later died by lightning strike. 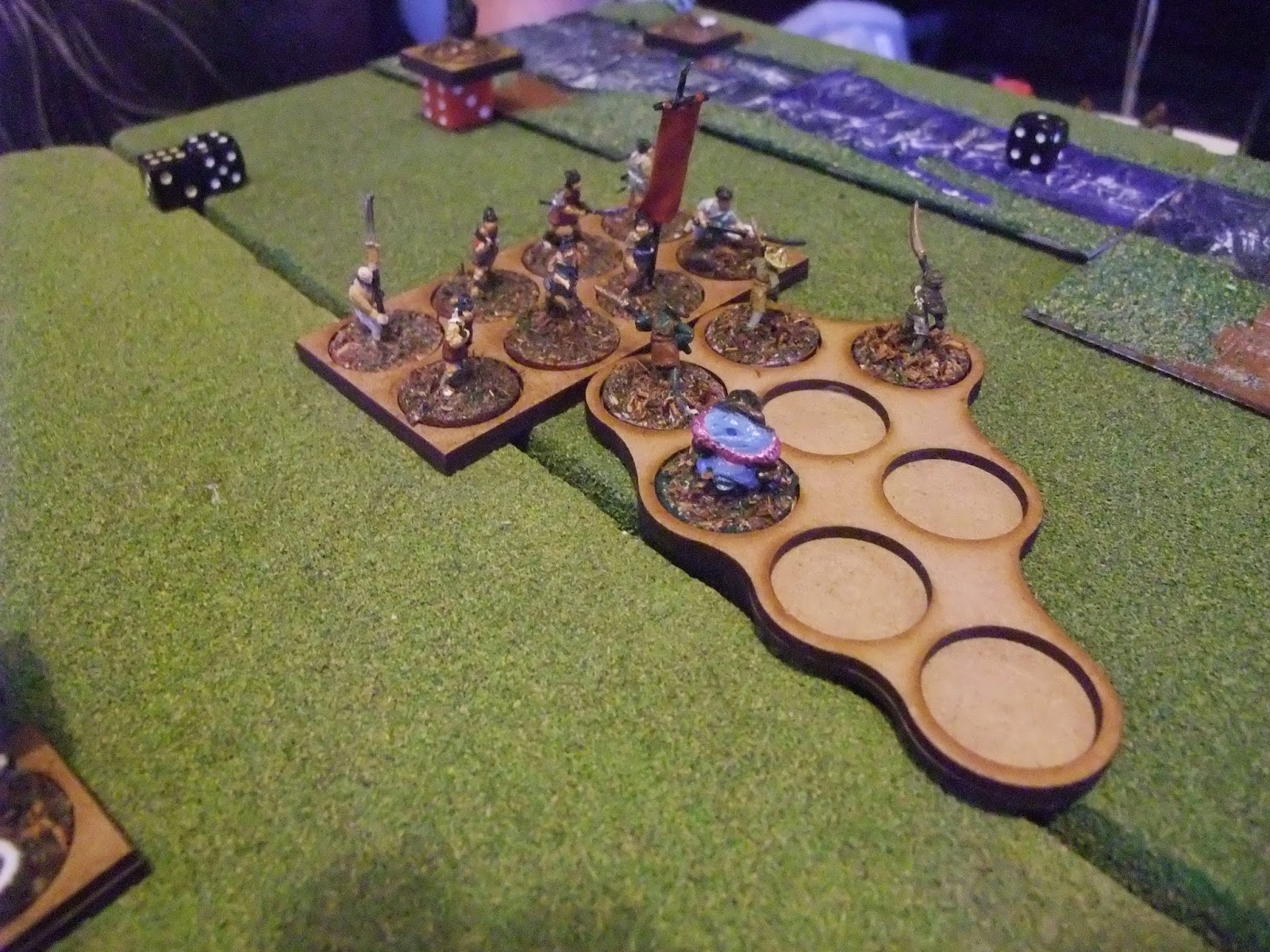 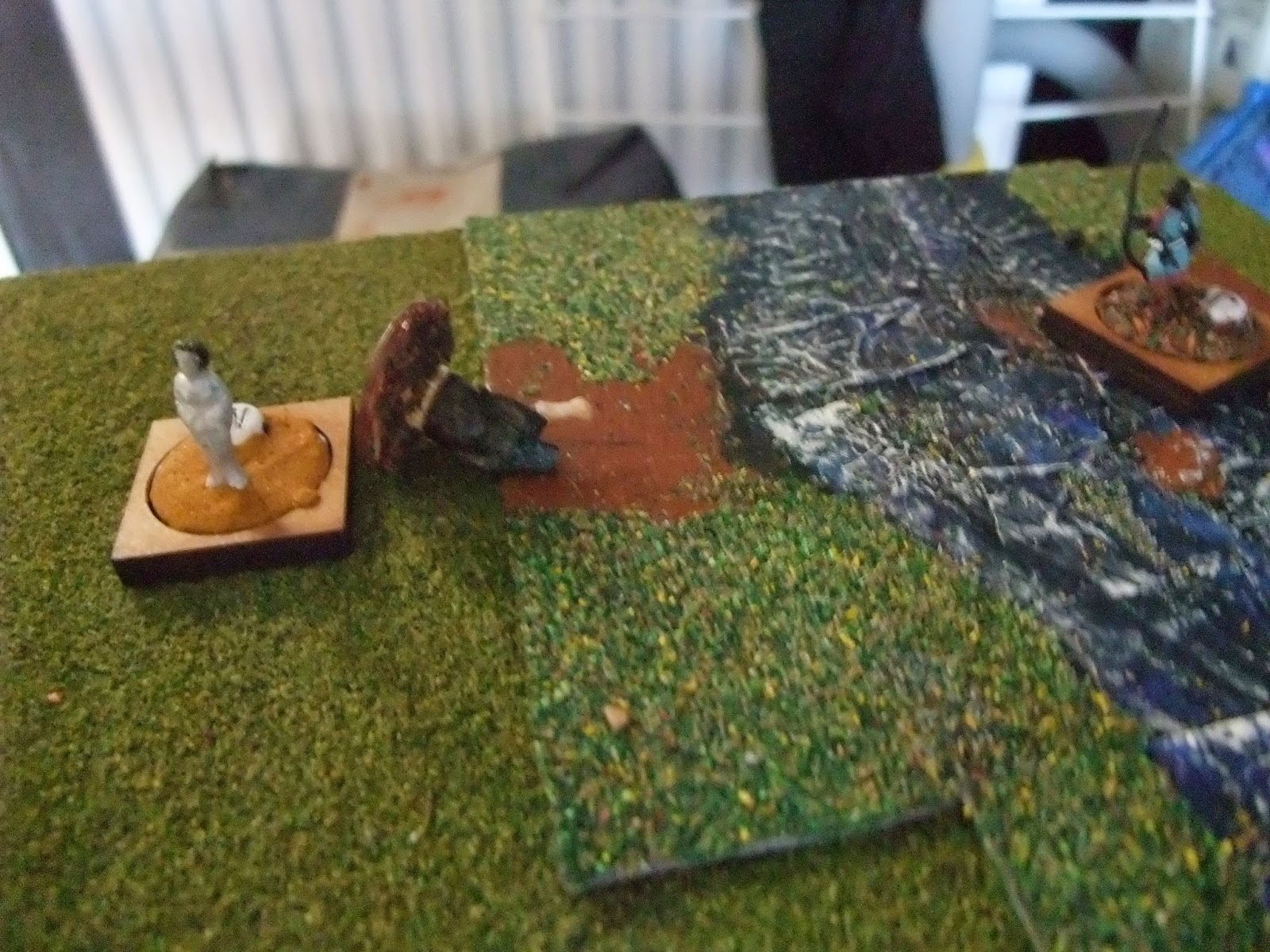 The Goddess finally on, swoops in and gets her revenge! 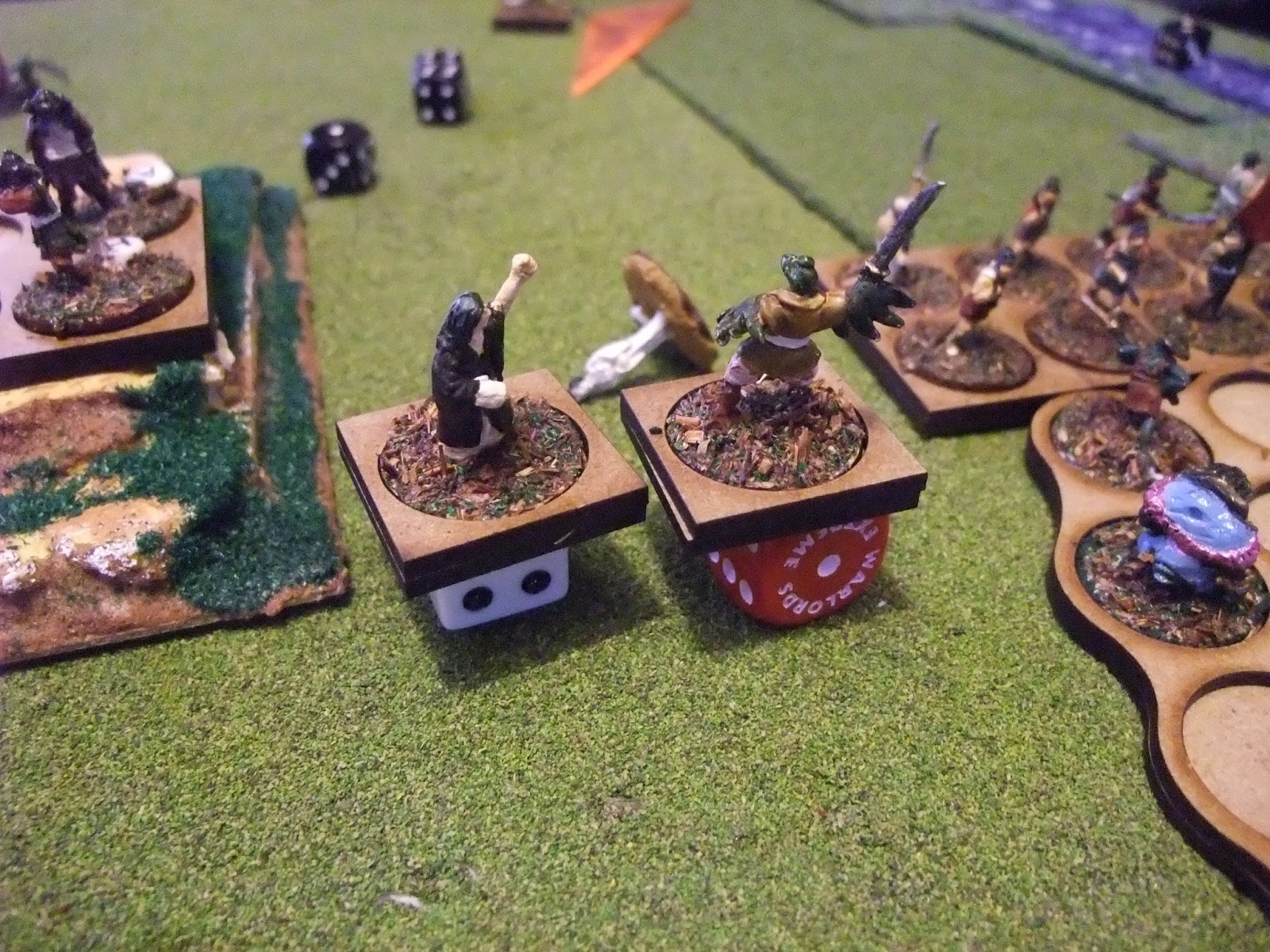 Then she tries her luck with a Tengu, but up pops the god again and she's dead!

My morale suffered more than his, mostly because I had units closer to the table edge.

But without a unit able to call the Goddess back, I lost.

If Tony had failed to get the god back, I'd got my lot praying which would have been the end of the Tengu.  Who knows.

Go on, your turn, have fun! 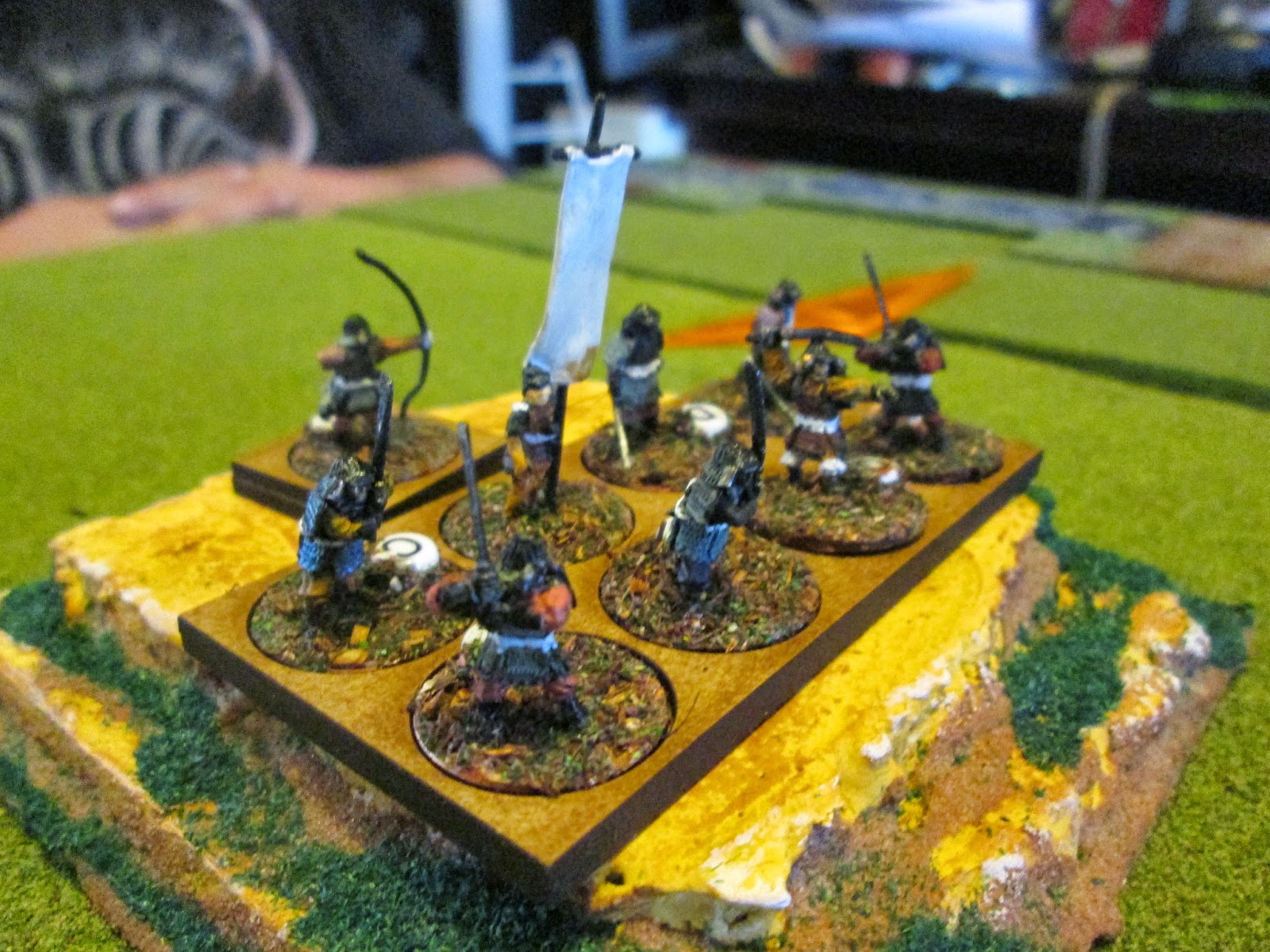 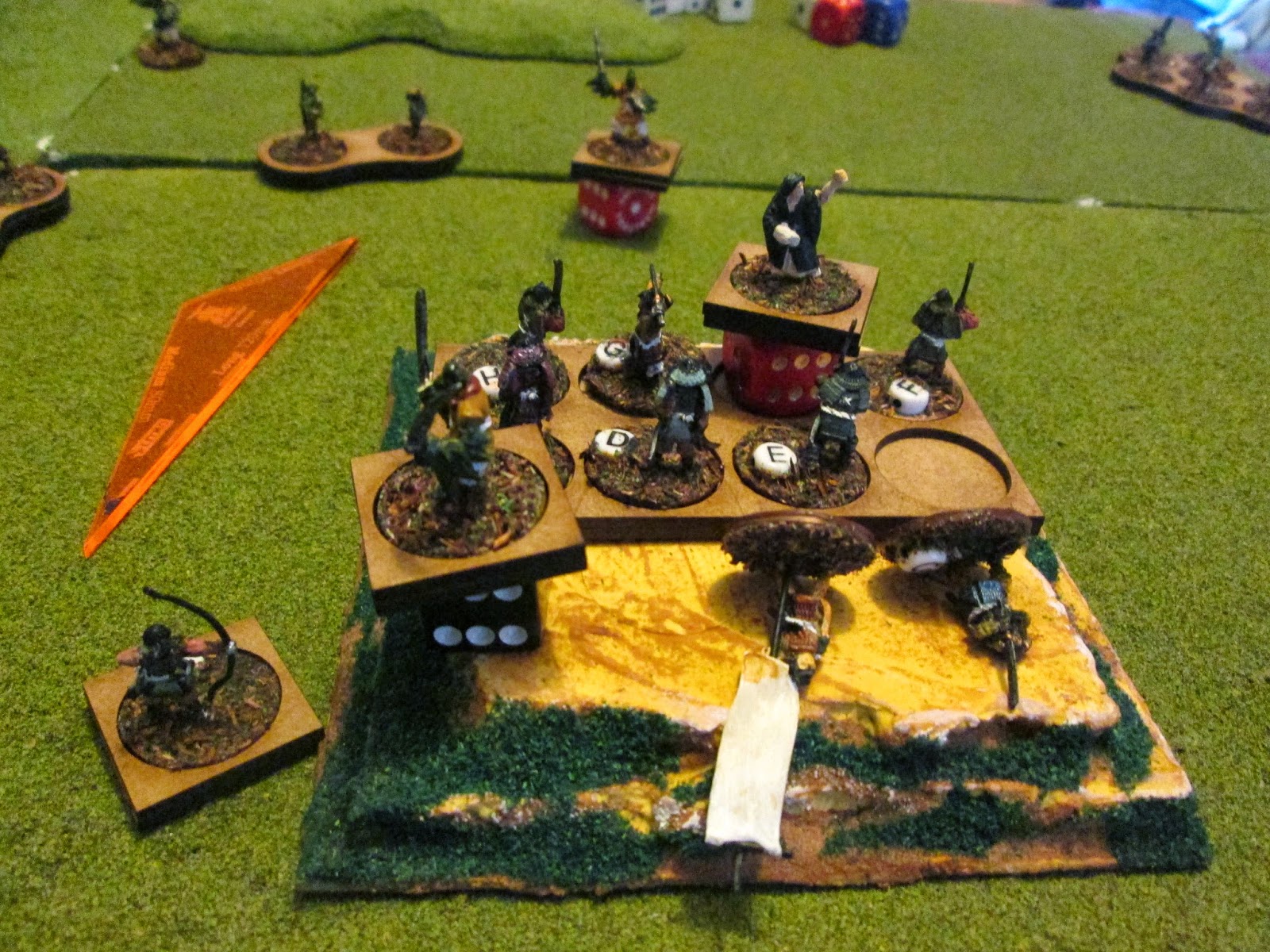