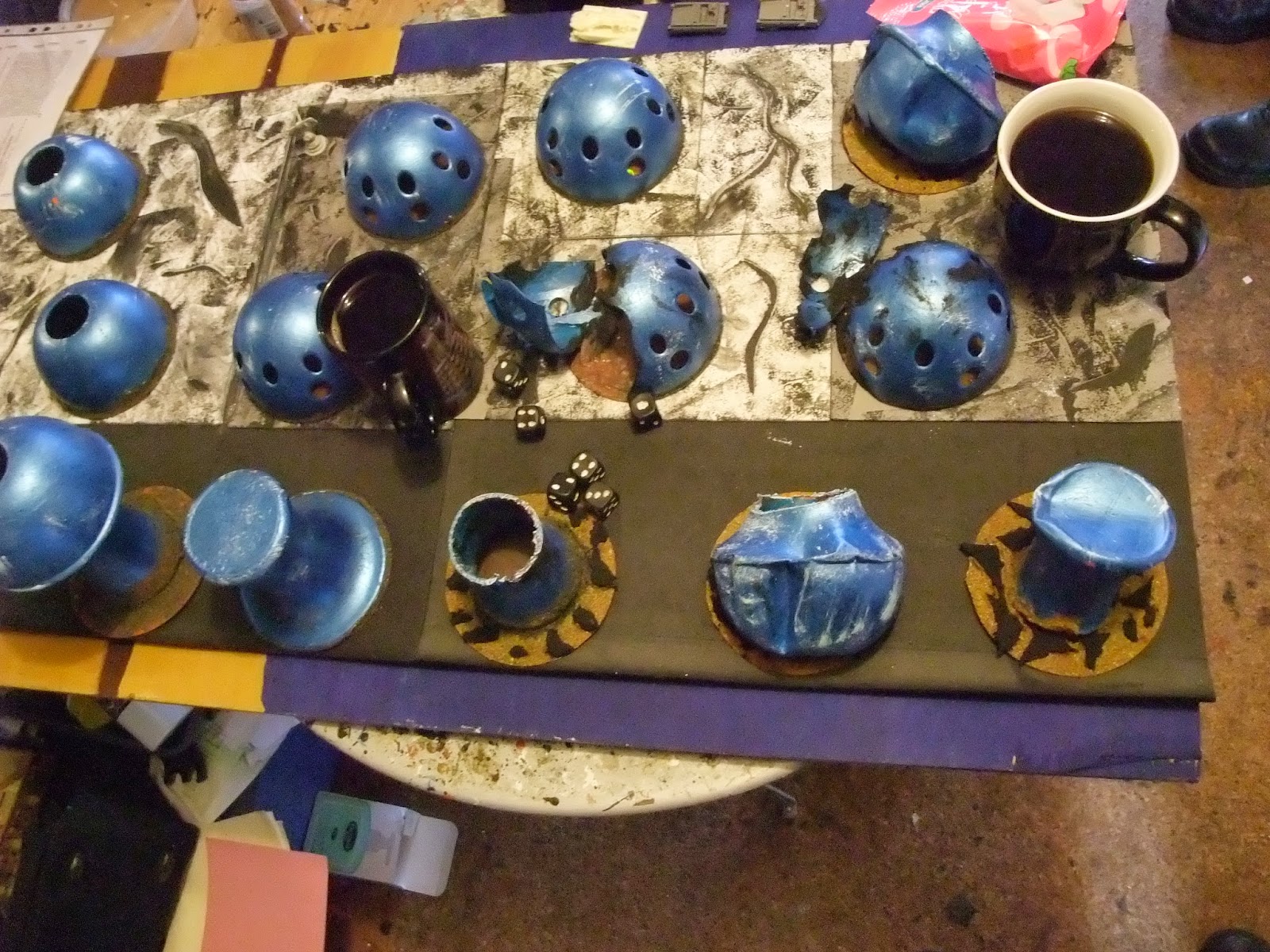 New toys just out of the bag, how can you resist? Don't sneer at unpainted, you know you do it!


Big, bi g thanks to  http://www.15mm.co.uk/    for bringing this range over, American postage would have doubled the cost. 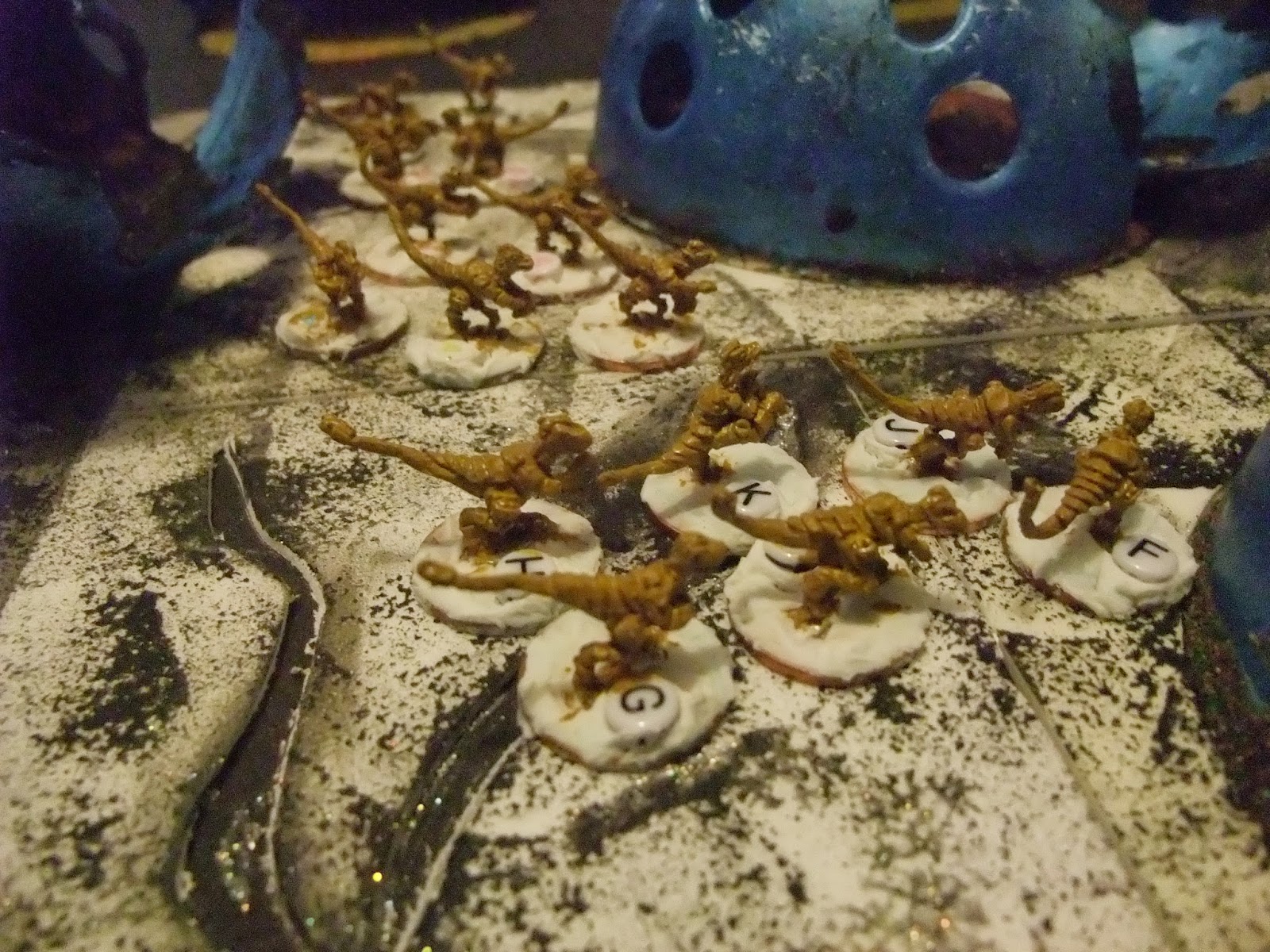 A lazy bank holiday day trying colours, beading, basing and organising and they're ready to start.


Getting the TOE right helps, allows you to pick from a menu. The SOM is doubly so. We have Raptors, so Jurassic Park comes to mind. Tony tried a squad of 6 with independent attached SAW and anti-vehicle weapon. A small command group included drone controller*. He used the close assault troops as individuals without regard for unit integrity. 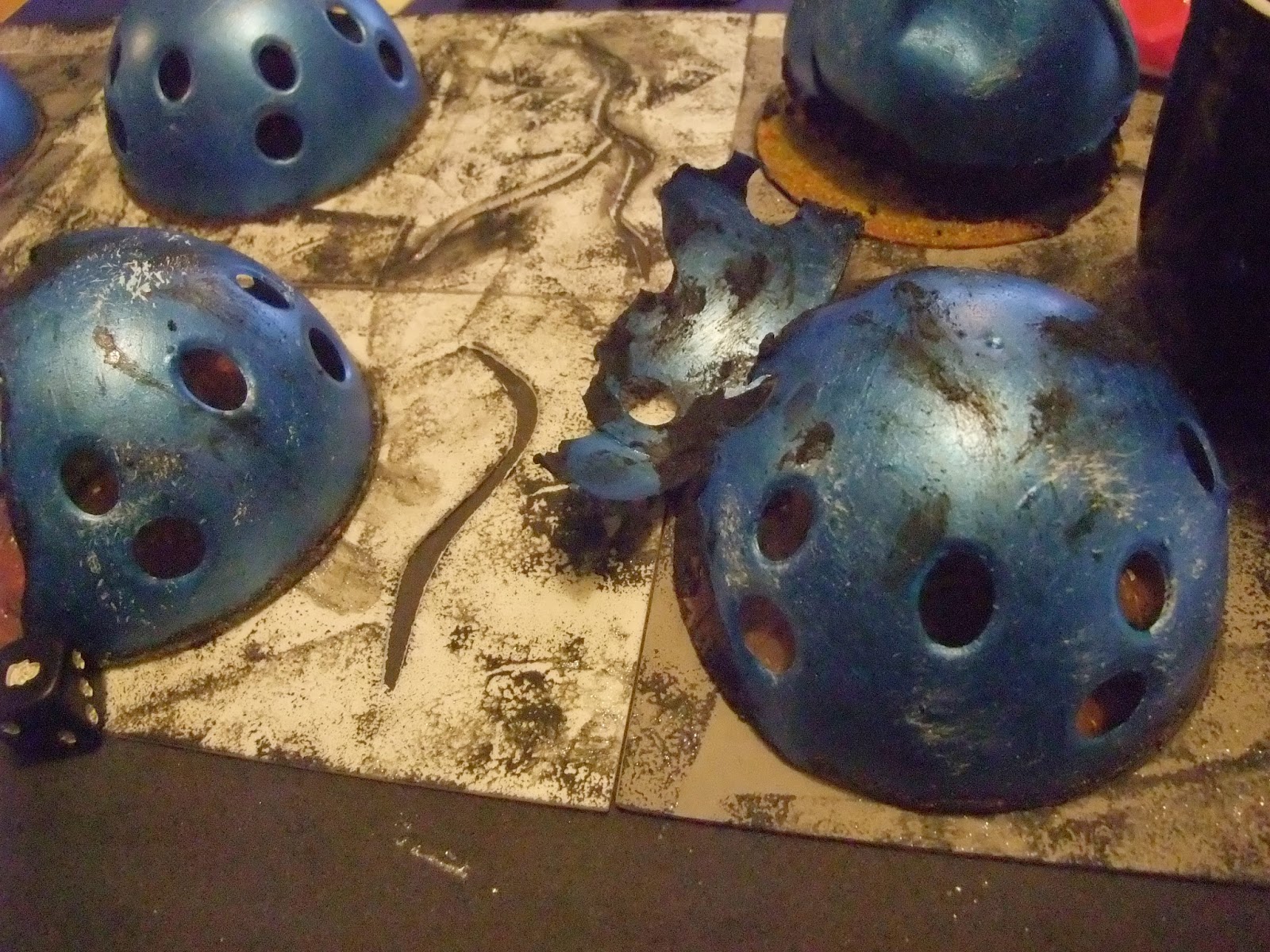 I wanted to try my new urban board, use my Vespid buildings. I gave some thought to the opponents, discarding Daleks (at great personal risk, watch this space in 2 Rels). Tony's cops still need a little work (including a Wall.Ee drone). I settled on my PAU as this is their job. 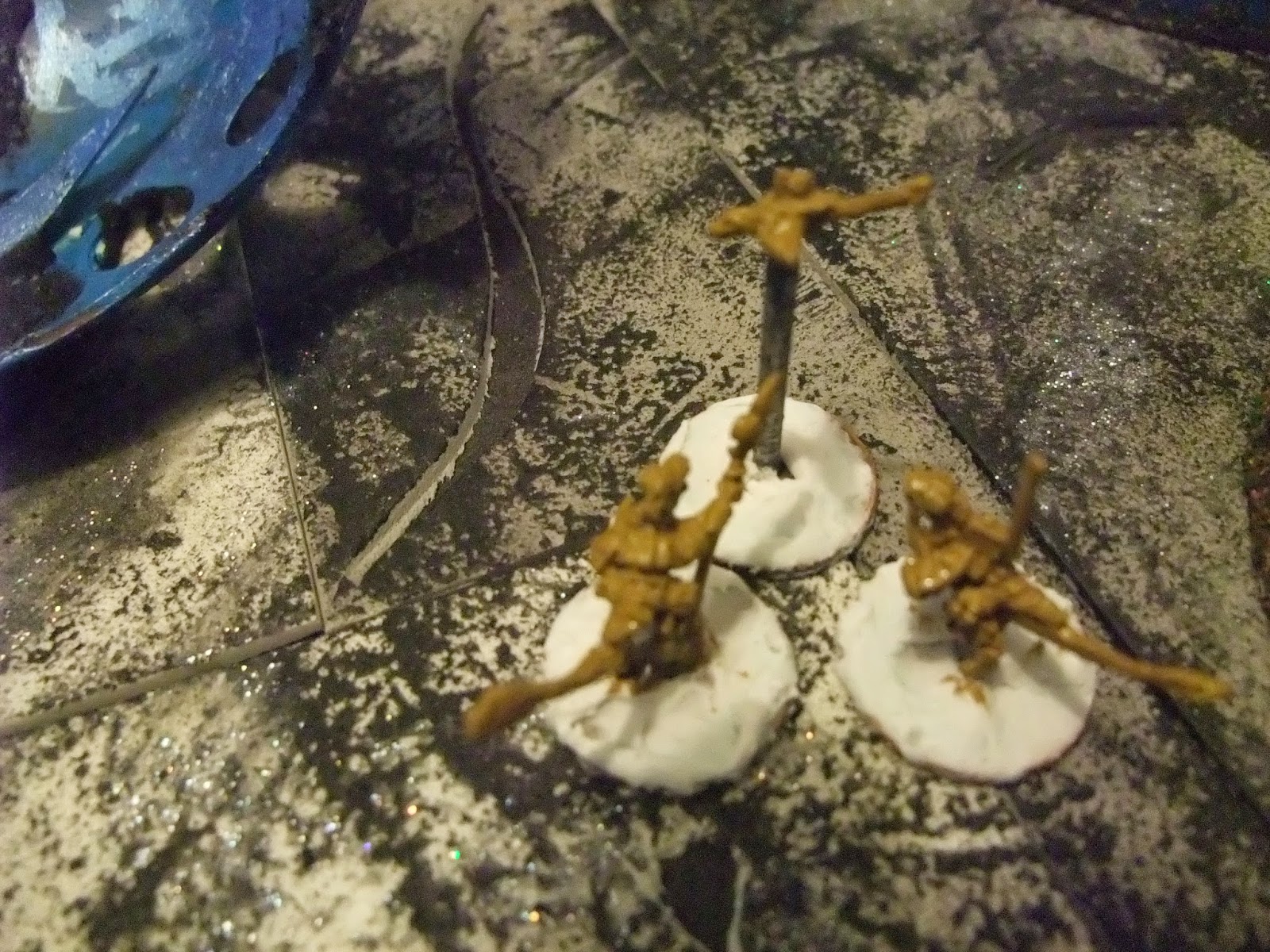 I had 2 Jeeps with crew of 2 and a SAW team, APC with crew of 3mounting a heavy MG, squad of 4 and a drone specialist.


Tony had set up a signal station, my job to find it. All Tony's were hidden, some billeted, others patrolling.


I started up good, one Jeep nosing ahead (cotton balls represent speed & direction). 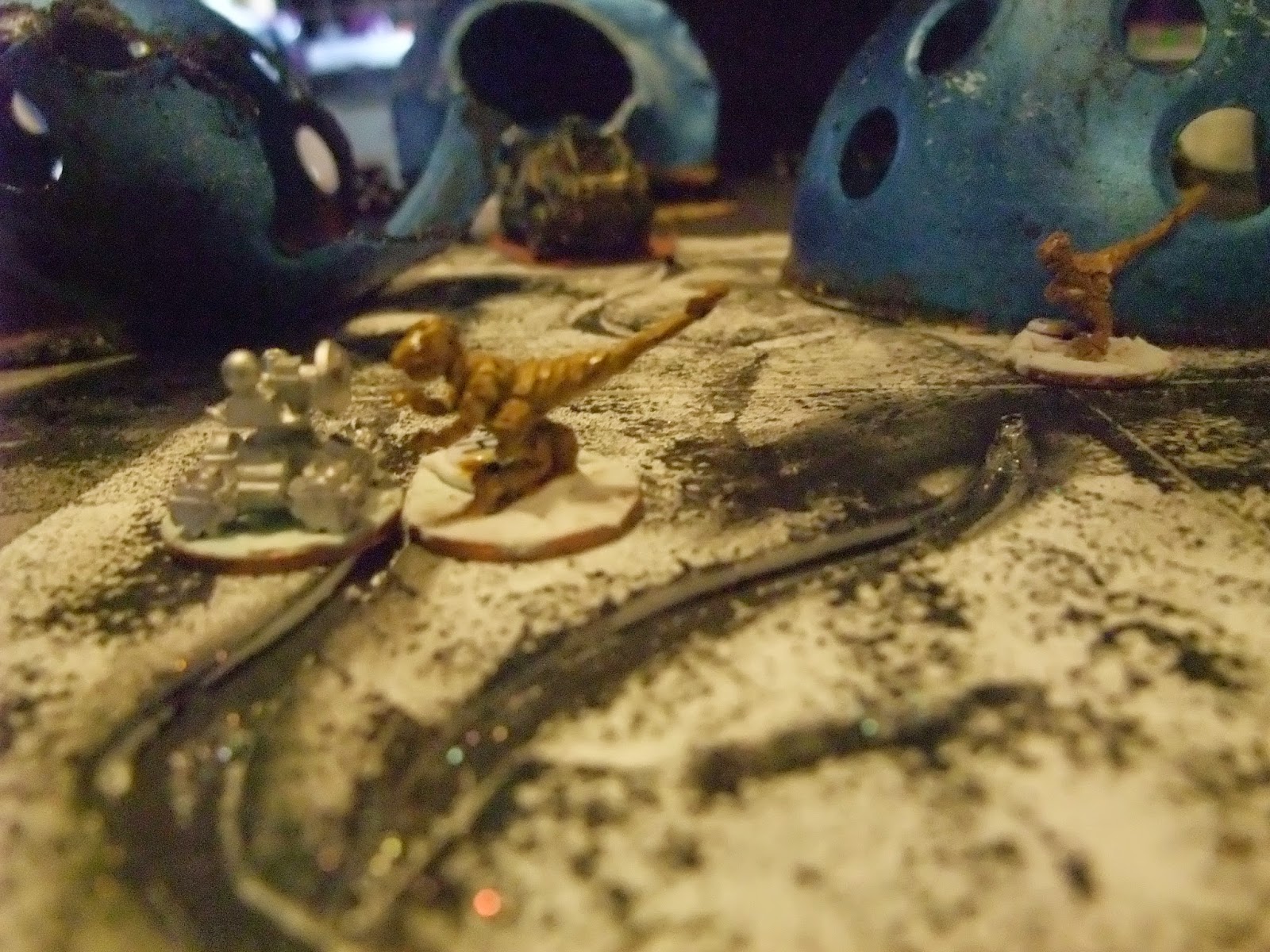 One of his SF found itself able to assault my drone. Fairly inconclusive but my APC's MG fire put him to ground behind it. More MG shooting, infantry debus, line up, advance shooting. Nothing!** In comes Jeep 2 on the flank, MG, drive at it, is this thing indestructible? As the Jeep comes to a halt, the second SF jumps on the back and attacks the machine gunner. He makes an undignified exit, commander and driver whip out pistols and blow the SF's head off. They are rewarded by an AT round in the side that wipes out the softskin. The crew seek a safer billet, the MG team go to ground. Infantry follow SF 1, APC advances, takes an AP shot that's defeated by its glacis plate. 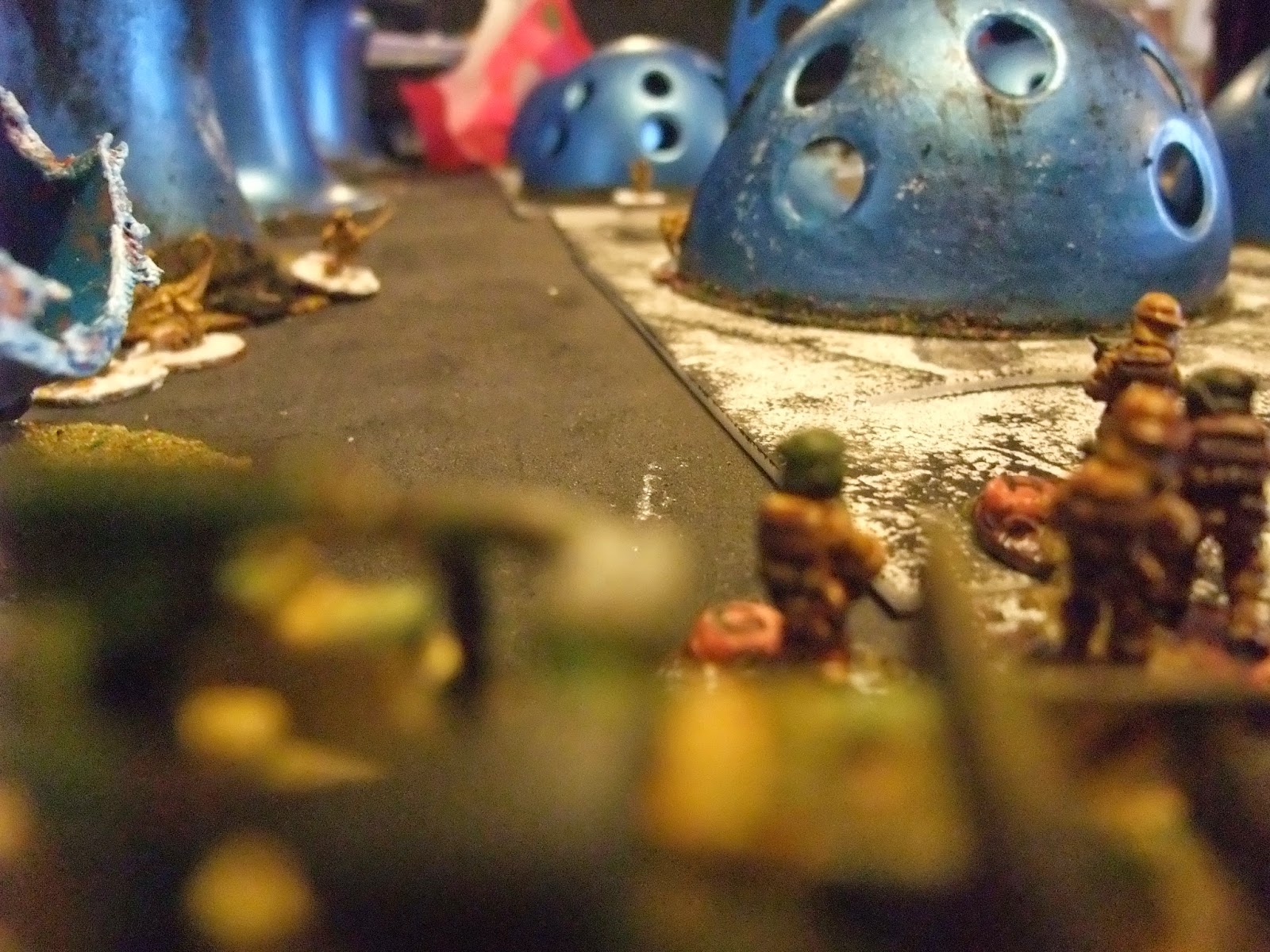 Meanwhile, Jeep 1 does a strategic withdraw, stops, crew bails out before they are surrounded. 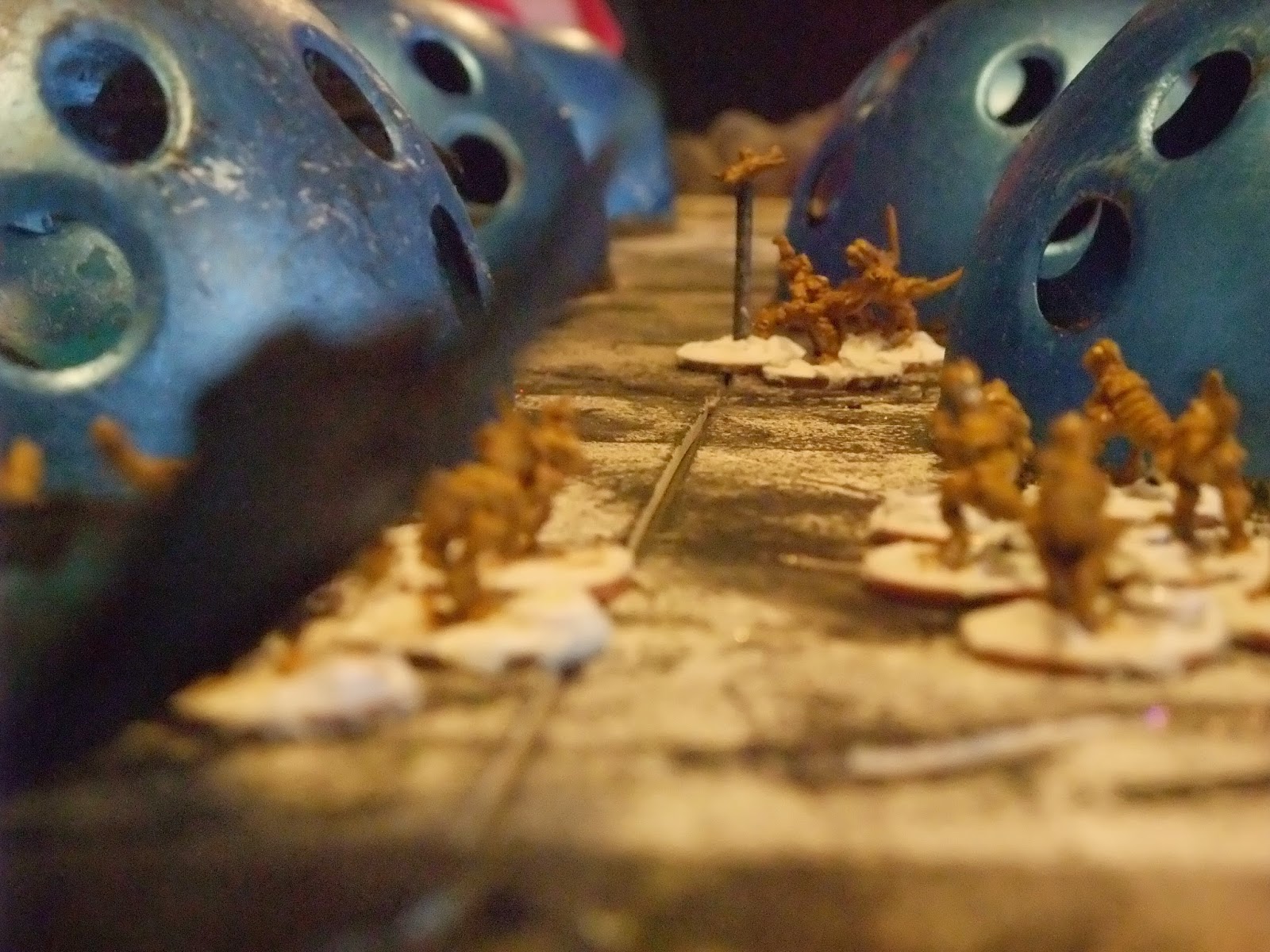 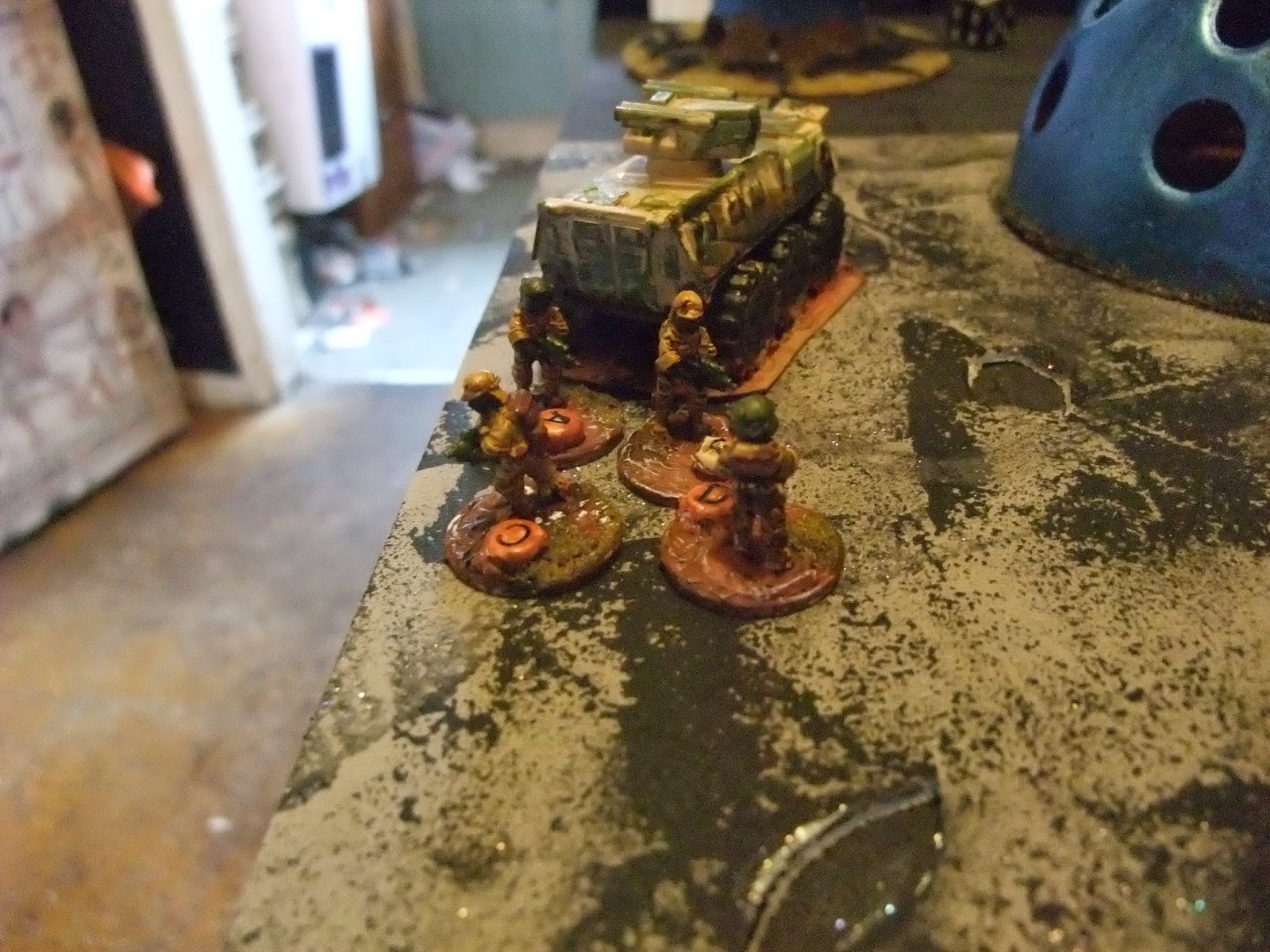 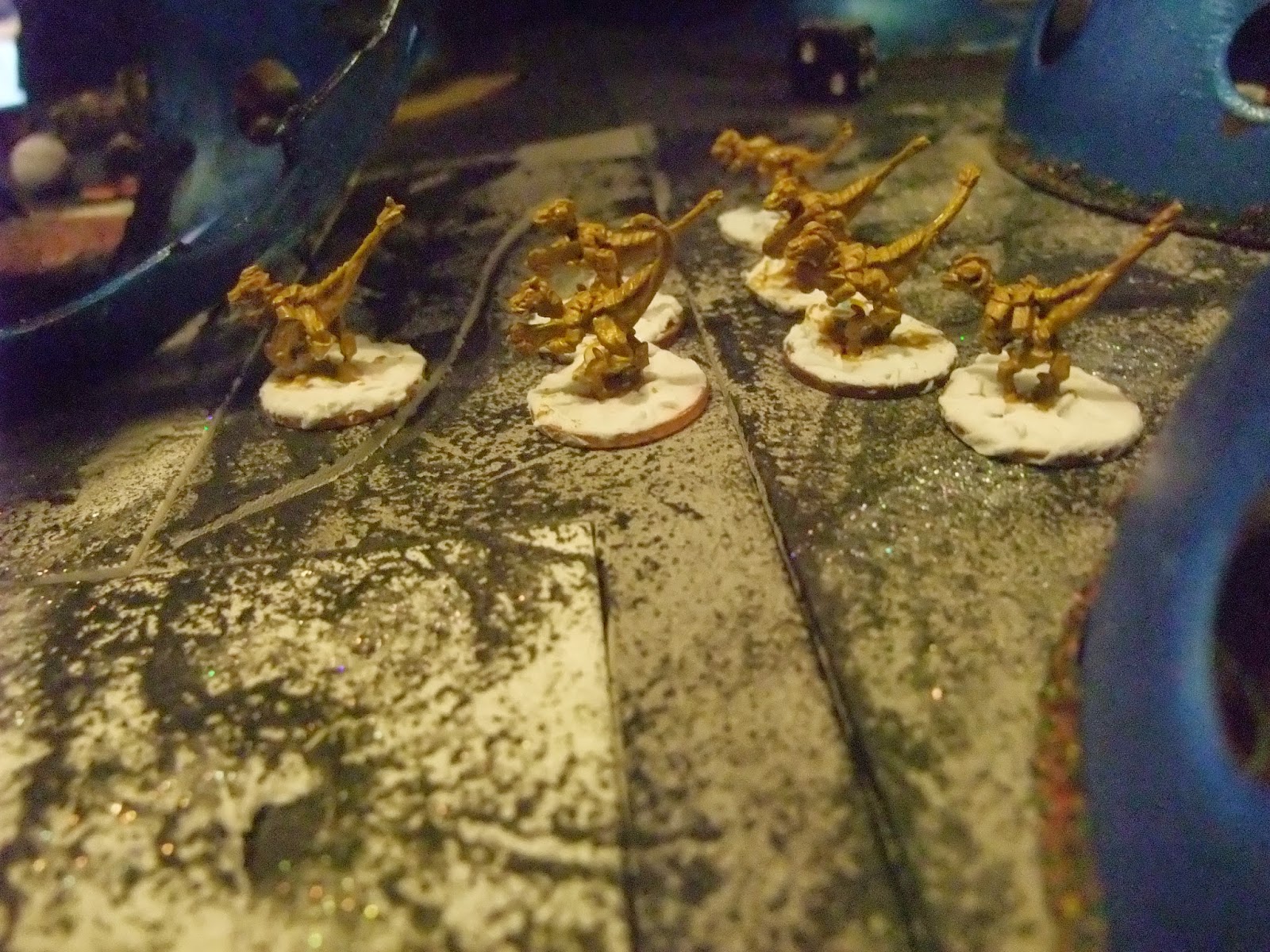 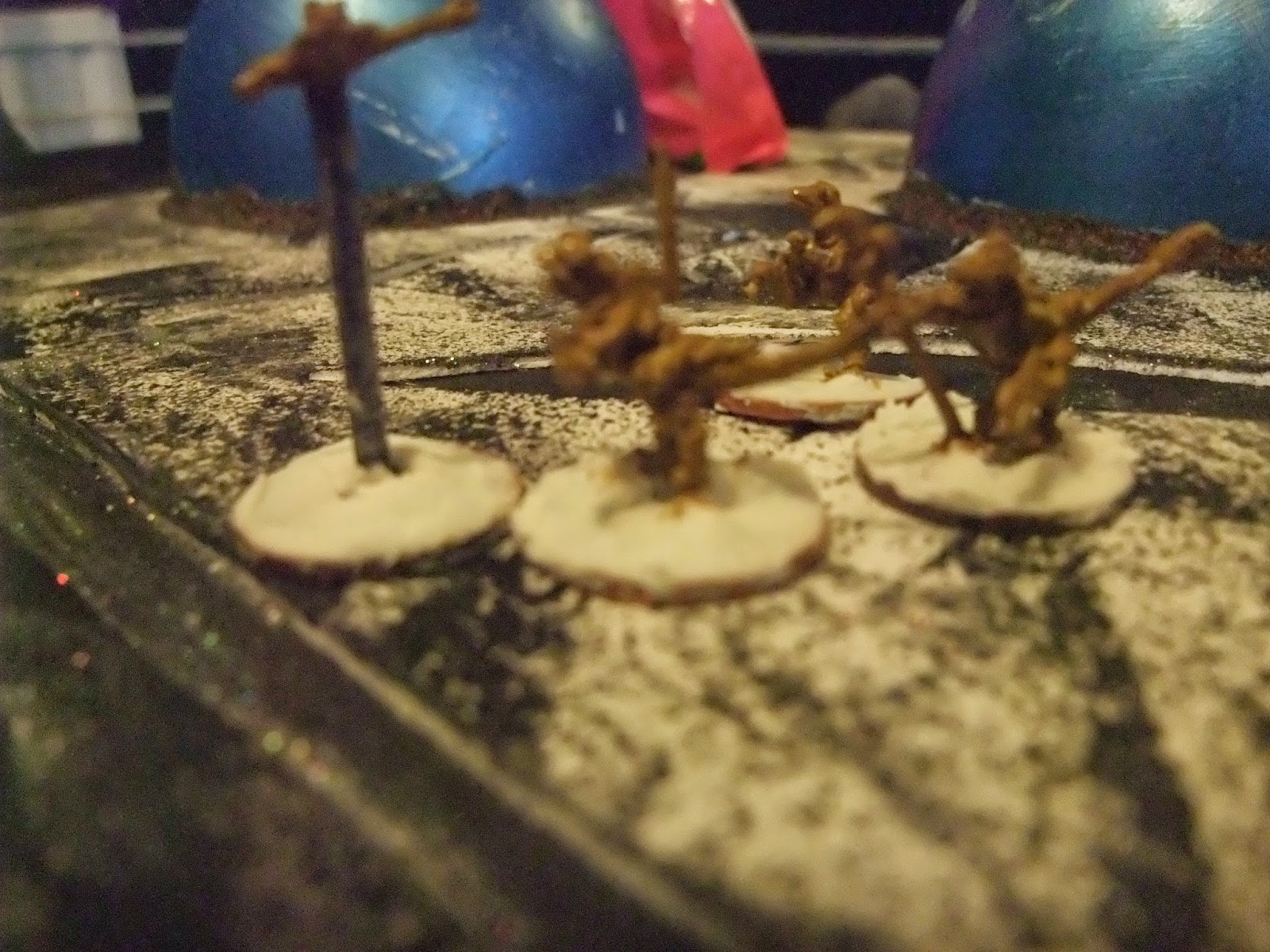 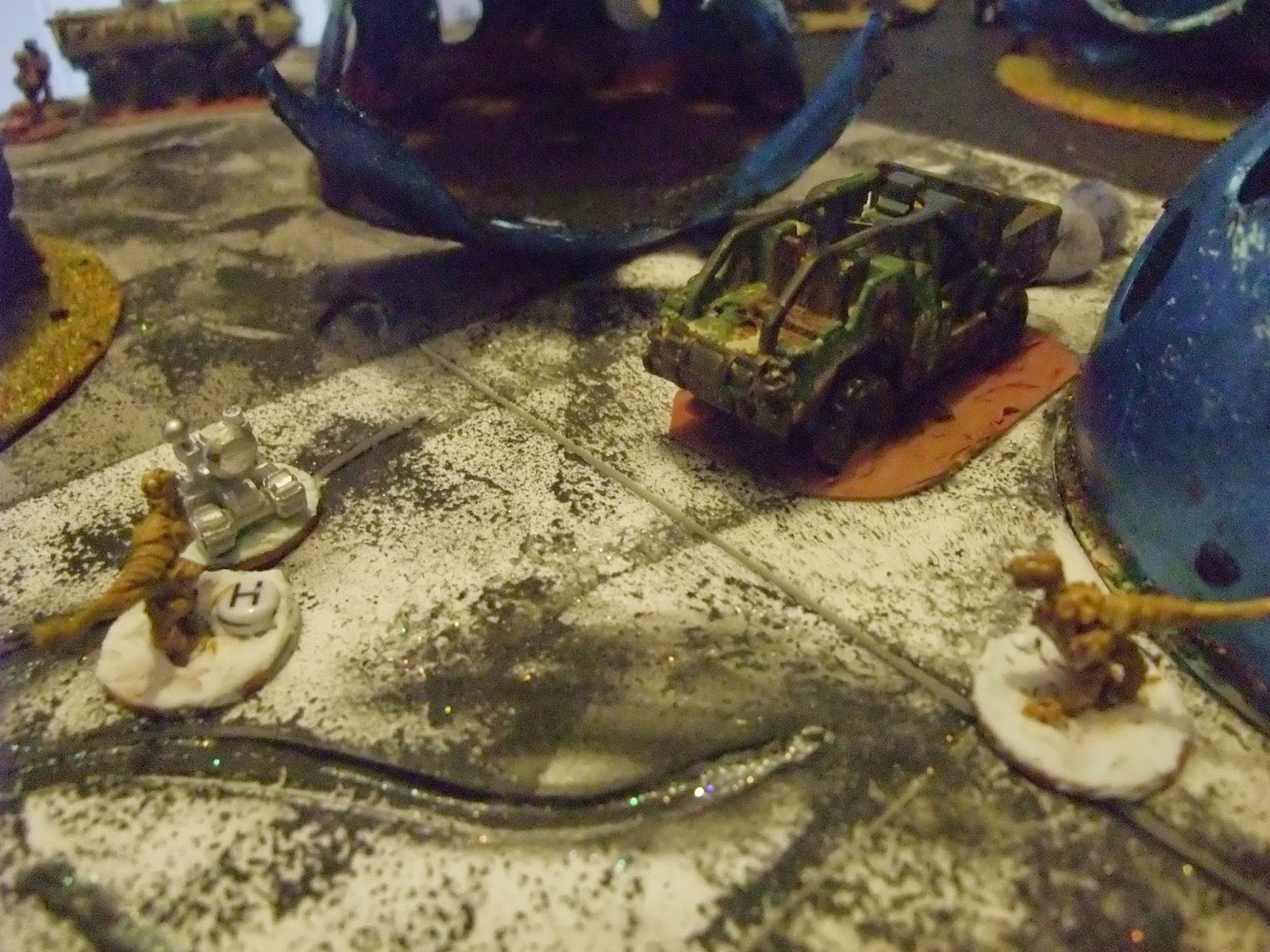 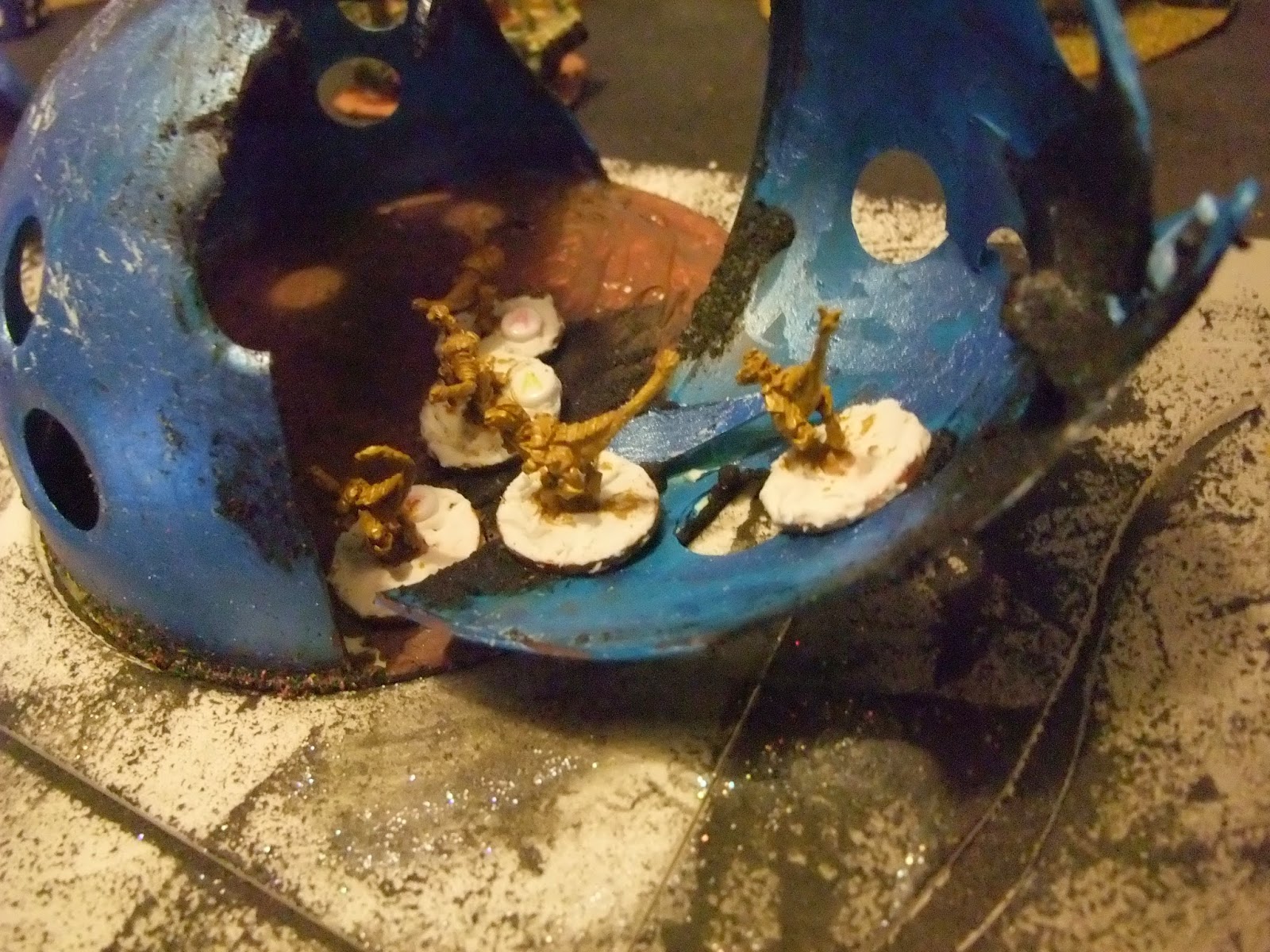 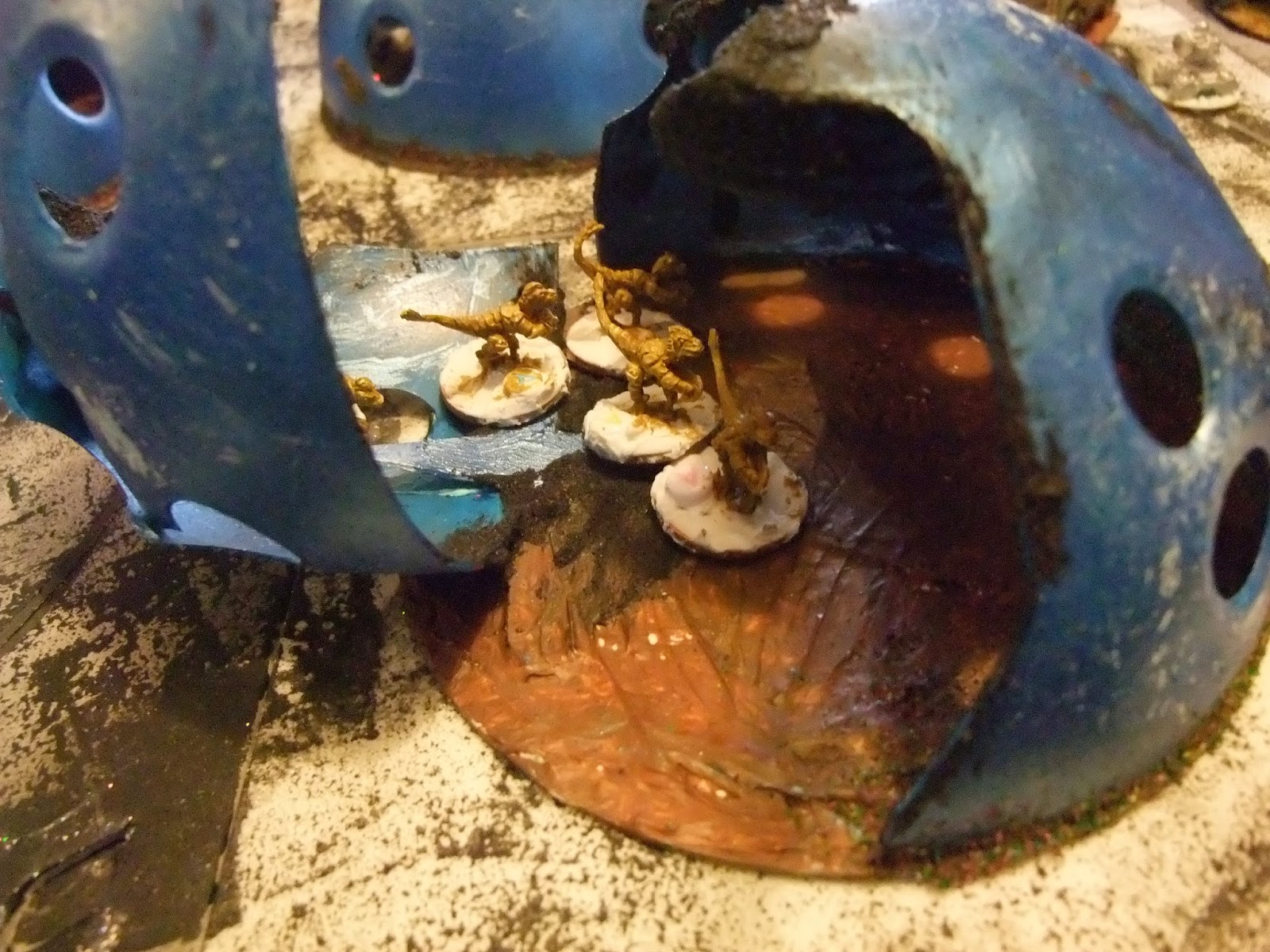 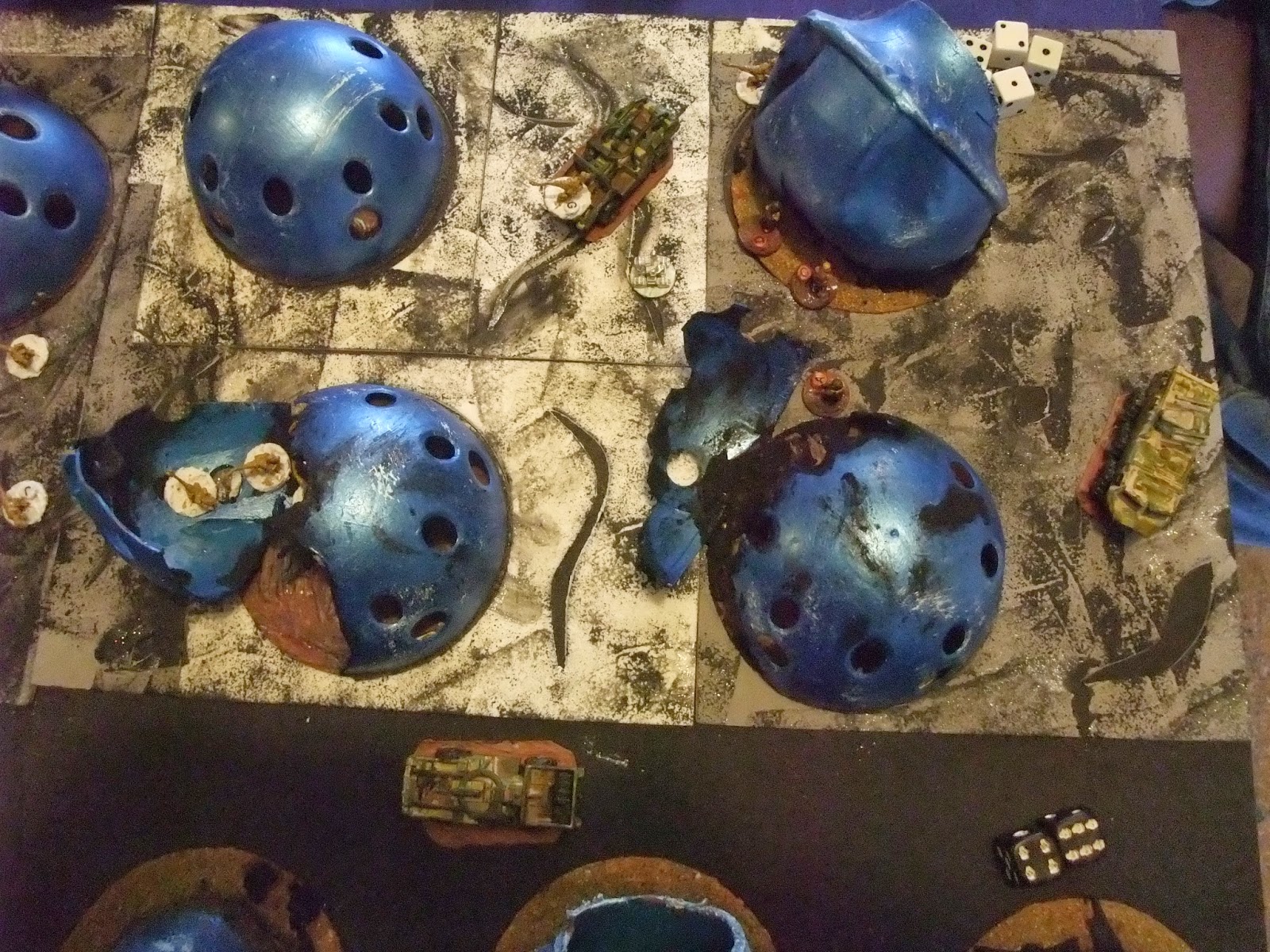 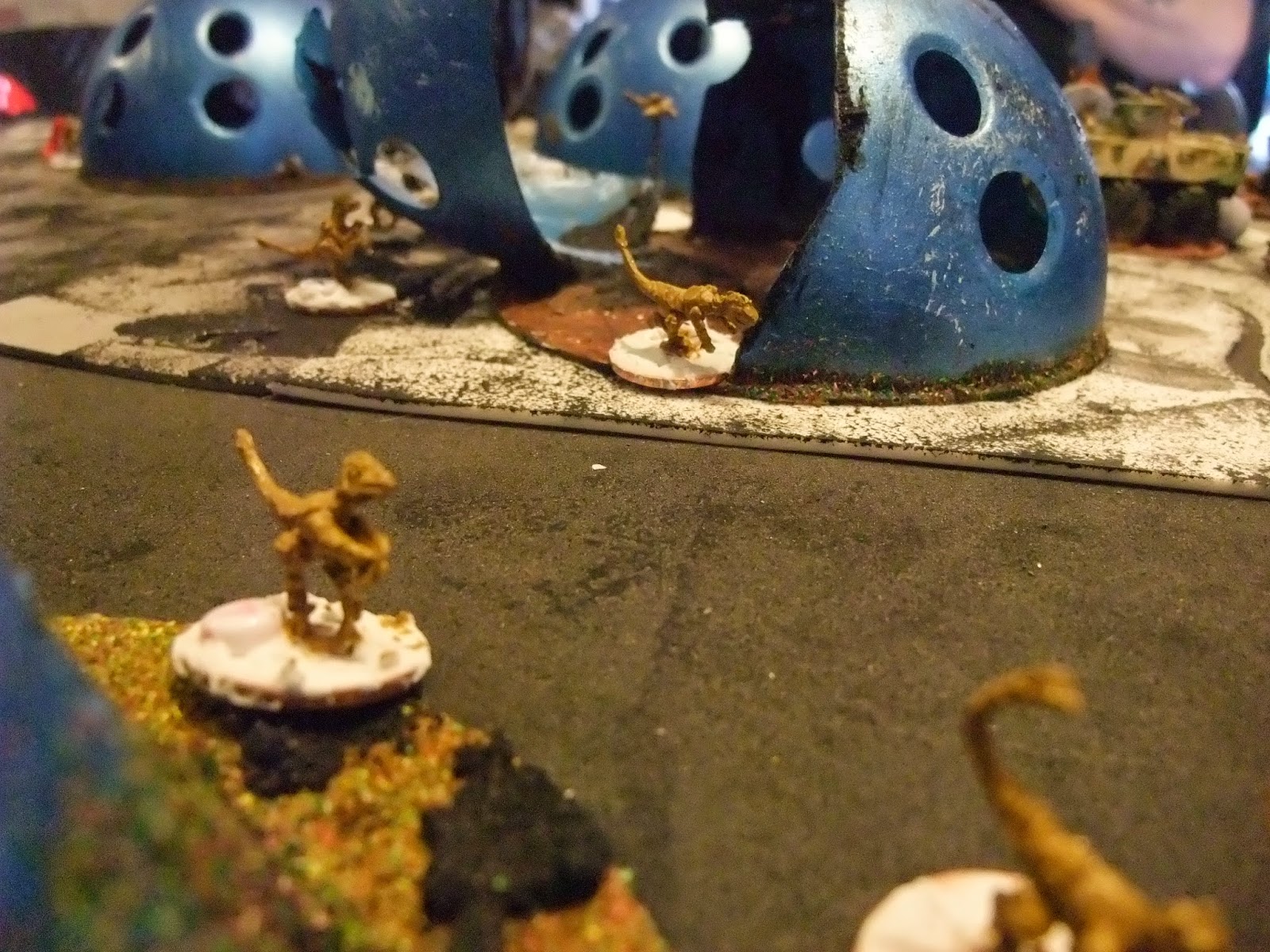 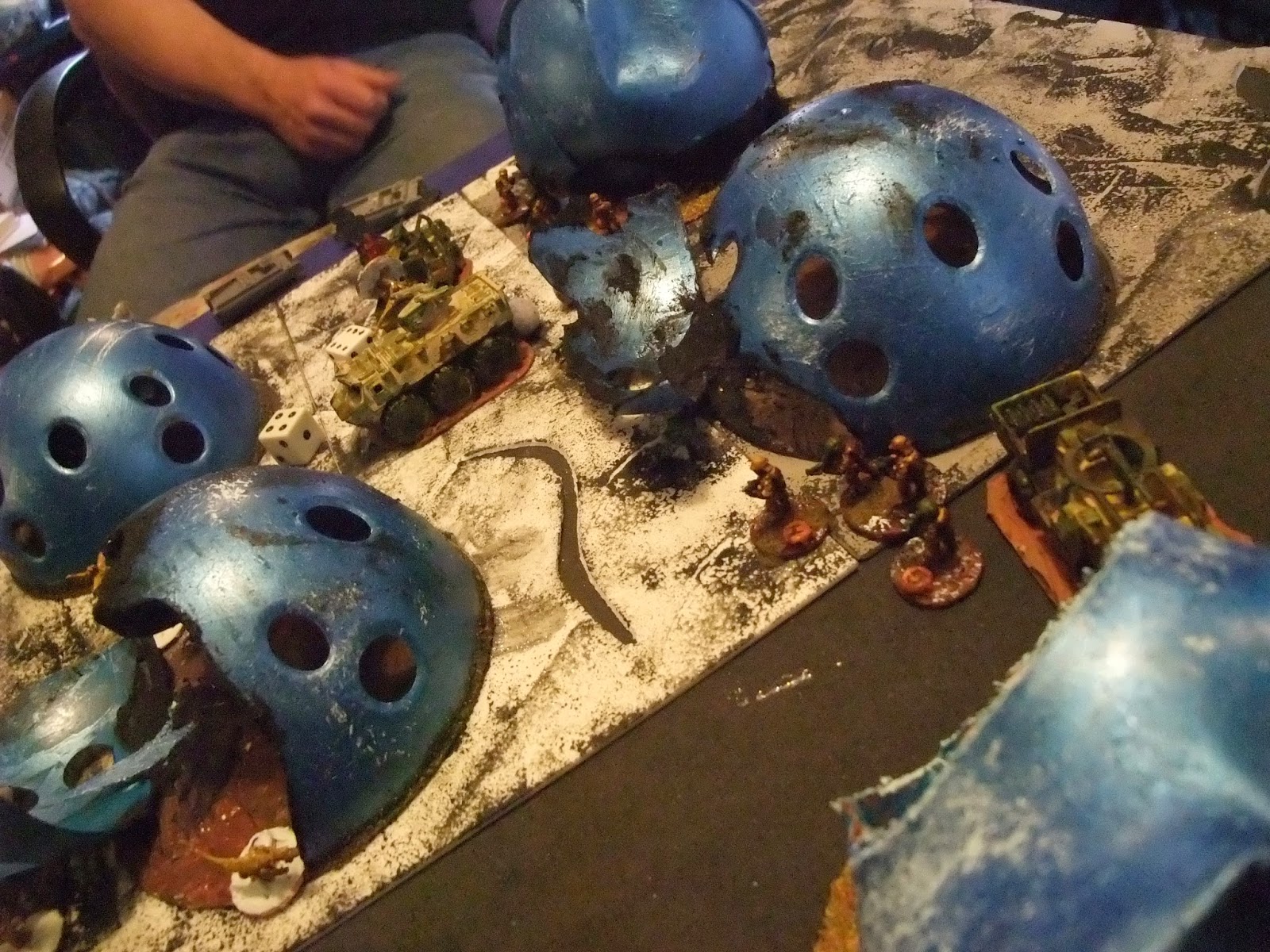 *Need some simple rules for drones, working on it.


** I could here the drone controller yelling “Oi! I signed for that) and trying to find a way out of all the friendly fire holes in it.
Posted by unitrecon42@gmail.com at 17:13 No comments: