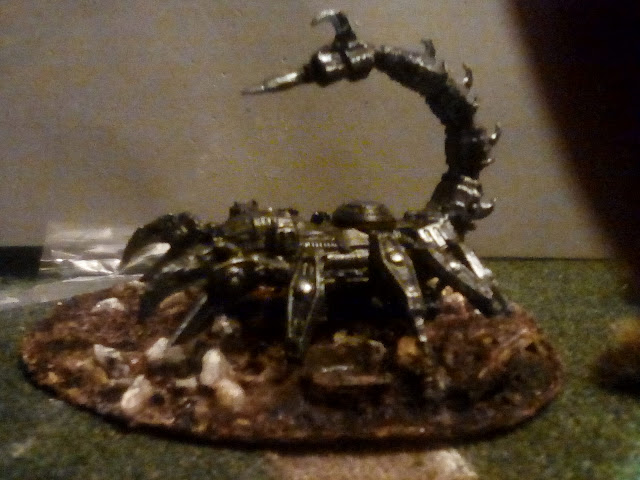 Here are a couple on Animechs from Rebel Miniatures.  http://www.rebelminis.com/animechs.html  Unlike plastic kits, these are solid lumps of lead to be affixed via very small feet.

Excuse my poor pics, these are from my Kindle which boasts a very basic camera.

Marking out the base then cutting it out by using decent scissors and dipping them in water. 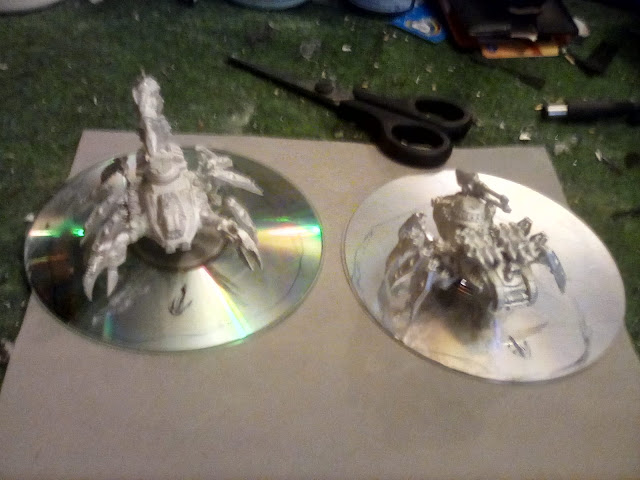 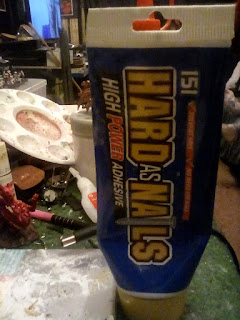 Here is generic no-more nails from Poundland.  It's my source of ALL basing and modelling.

It works very well on CD's, even a very thin layer is rosust enough to withstand years of use. 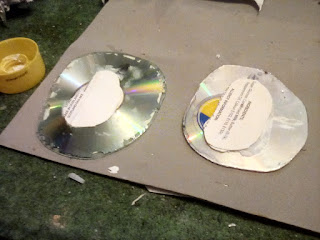 Todays cardboard of choice a packet of commemorative humbugs from the Battle of Bannockburn.  I hadn't realised until doing this that they were a good year out of date when purchased. 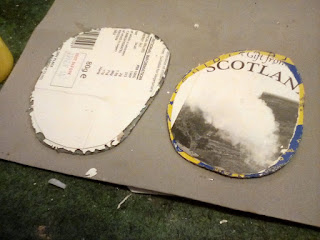 To help with handling I add an under layer.

This is just visible in the finished product - even less so when the model is added. 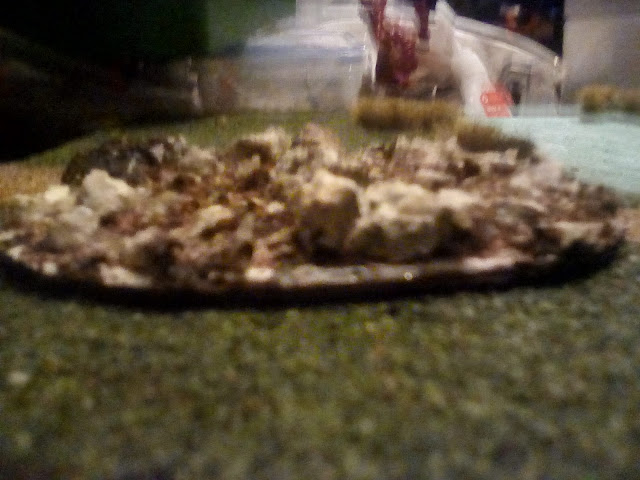 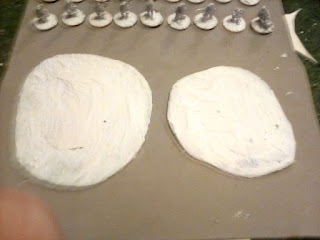 Now a decent layer is added.  In the back you can see a batch of (Rebel) undead pirates also based using no more nails.

Left to dry overnight, a base coat of Wilko's tester-pot On Deck.  A good coating of (Poundland) PVA fixes Geek Games rubble mixed with red earth.  I took care to blend in the grey dust from the rubble.

I needed something to "interact" with the legs, so a couple of bits from this Alternative Armies bits pack added, then everything sealed by a good soaking with extra hold hairspray.  https://www.alternative-armies.com/collections/15mm-ion-age-terrain-range/products/iaf065-15mm-vehicle-conversion-pack 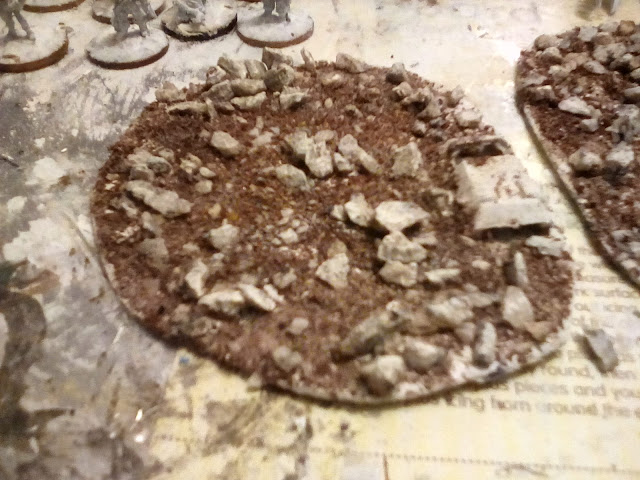 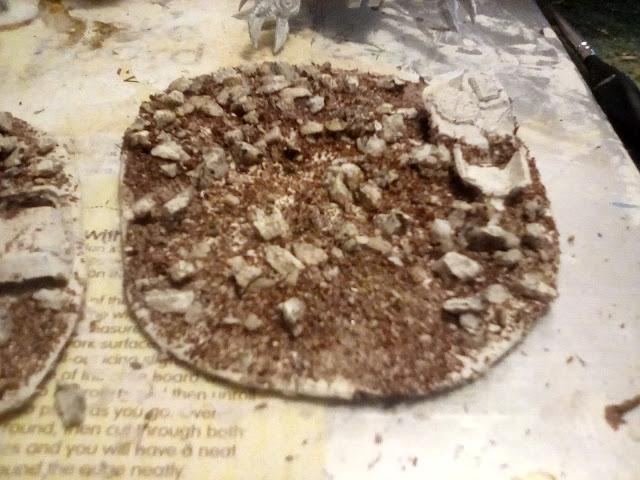 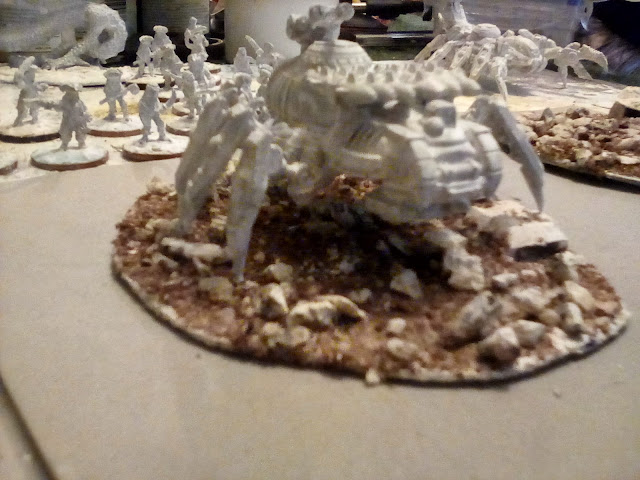 Of course as soon as I pick the Skorpoin up the tail stinger comes off!  Both of these are undercoated in gesso.  i don't do spray paint as I've nowhere to use it. 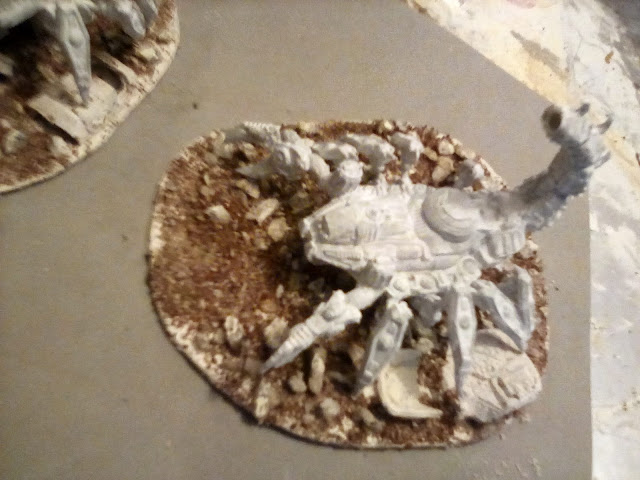 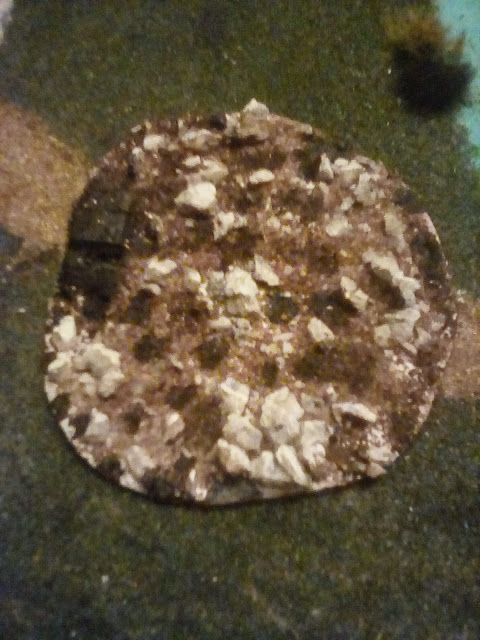 I found the undercoat too light, so I stippled a dark ink to break it up. 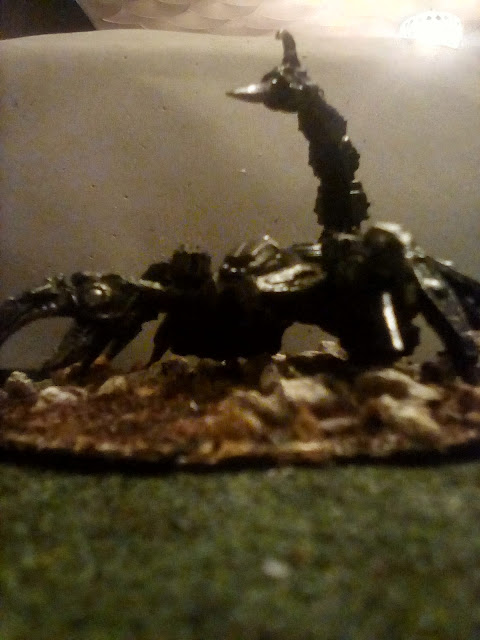 To mount the model I slice the base down to the CD so the let sits inside the base then use liberal amounts of superglue & baking soda to fix. 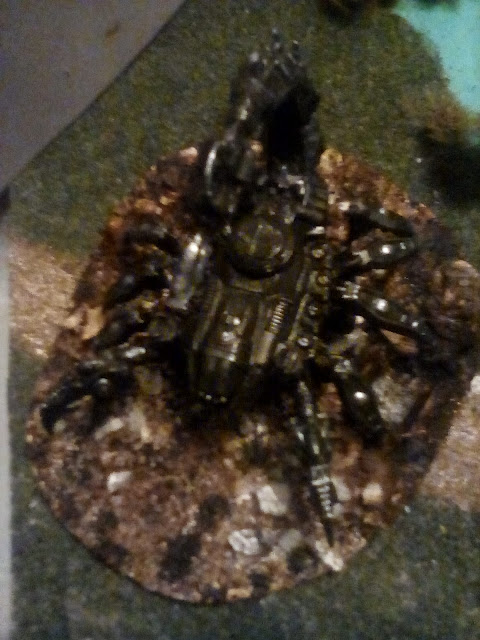 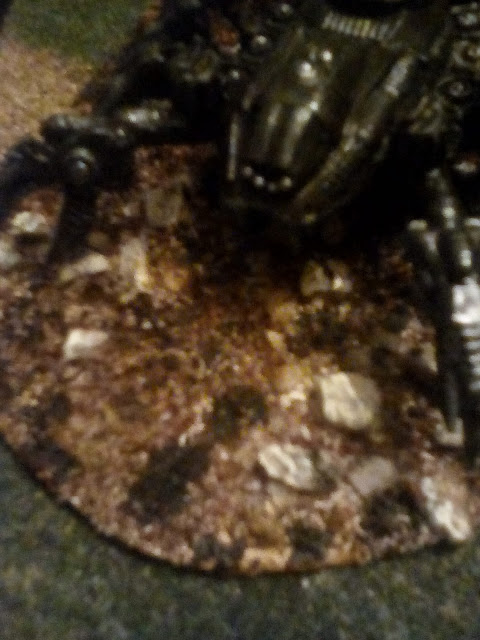